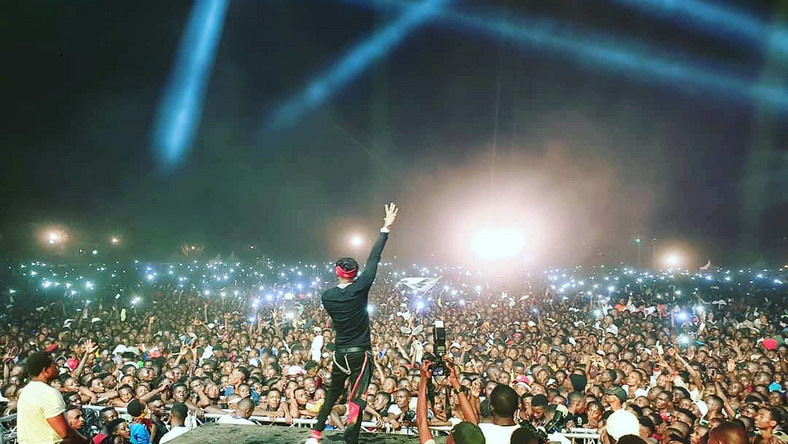 Over the weekend, WCB President Diamond Platnumz was forced to cut-short his live performance in Guinea Conarky after the venue scheduled to host his show turned out to be small.

According to the Baba Lao hit-maker, a huge section of his fans could not get into the venue, forcing him to end the performance and opt for a repeat the next day; with the venue of the concert being shifted to the Guinea Conarky National stadium.

“Due to High Public demand at my GUINEA CONARK show last night and Lots of people could't get the tickets to make it inside and even those who managed to, unfortunately couldn't even have legroom the show had to be cancelled and out of respect & Loyalty to my fans WE ARE GOING TO DO IT AGAIN TODAY for the second time at the GUINEA CONACKY National stadium......THANK YOU ALL FOR THIS KIND OF LOVE! I truly appreciate it, every breathing day of my life!......Hakika Mungu ni Mwema na Muziki wetu Umekua, Nawashkuru wote kwa Sapoti na Mapenzi yenu ya dhati kwangu...... #TanzanianBo #SIMBA #SIMBAinGUINEACONAKRY #Africa #Afrobeats #Wasafi #Wcb4Life Na #NitakukeraZaidi” shared Diiamond Platnumz.

Not the first time to cancel

This is not the first time Simba is being forced to cancel his show. In 2018 Chibu Dangote was again forced to postpone his performance at Wasafi Festival, Sumbawanga Edition following a heavy down pour.

The show was repeated the next day with a free entry to all Sumbawanga residents regardless of the age.