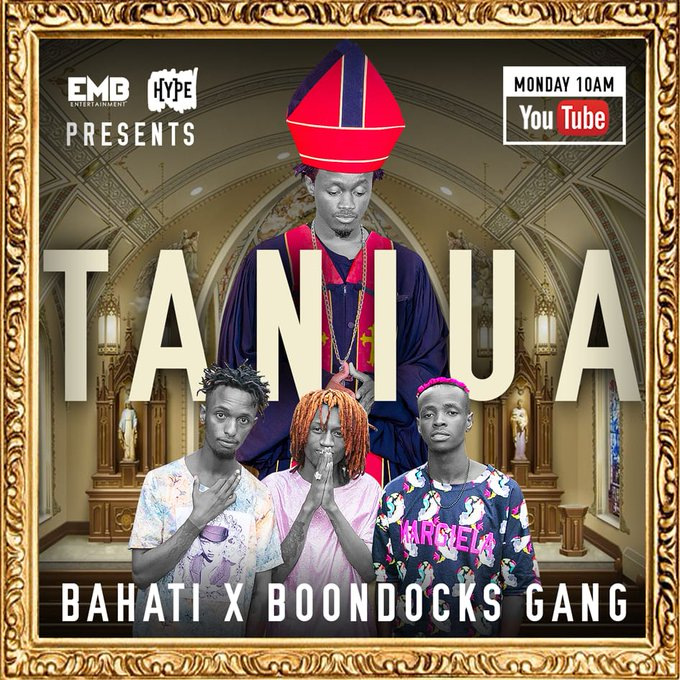 The song has brought two of the best musicians from different genres; Boondocks Gang known for gengetone; focusing on ghetto life, drugs, and matters sexuality, while Bahati is known for uplifting gospel music and praises.

In the song, Bahati appears to enlighten members of the Boondocks Gang group on matters salvation.

‘Taniua’ also revolves around repentance, and the consequences of not repenting, which the Bibles says is death.

The video is well thought out and executed with members of Boondocks Gang (who are considered less religious), going to church to repent their sins. Towards the end, members of group, proclaim that they crave for the word of God, and ask for mercy from the Lord.

‘Taniua’ is evidence that anything is possible musically, as Boondocks Gang who are used to ‘explicit songs’ have made a u-turn and killed with the new release.

Going forward, stay woke and expect anything from the group.