A year ago Zimbabwean music legend, Oliver Mtukudzi passed on at the age of 66 after an illustrious career which spanned decades. Mtukudzi went on to make history after becoming the first musician to be declared a national hero.

Before his death, however, Mtukudzi had produced the song “Kusatereera” which featured his close friend and legendary South Africa trumpeter Hugh Masekela. After Masekela died on the 23rd of January 2018, Mtukudzi made a video for the song which he dedicated to his late friend. Unfortunately, Mtukudzi’s health took a turn for the worse and he died without releasing the video. Strangely enough, Mtukudzi died on the exact same day as his friend 23 January, a year later. 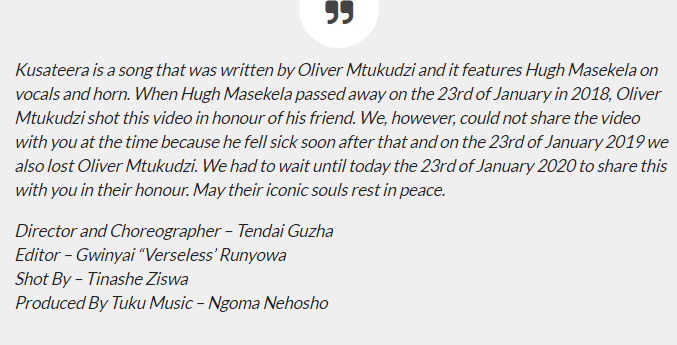