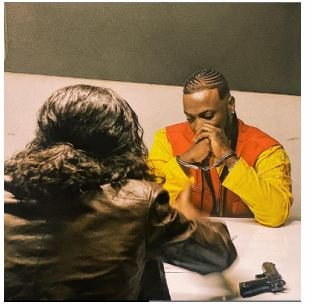 Popular Nigerian singer, Tobechukwu Victor Okoh, also known as Peruzzi has shared a new photo on his Instagram page wherein he was arrested and handcuffed.

While fans have been upbeat about the new photo, we can assure you that it is a scene from a new music video that is underway.

However, the singer is yet to reveal the name of the new music video.

The new photo sent shocking waves across social media platforms due to the ongoing drama between the singer and his former boss, King Patrick.