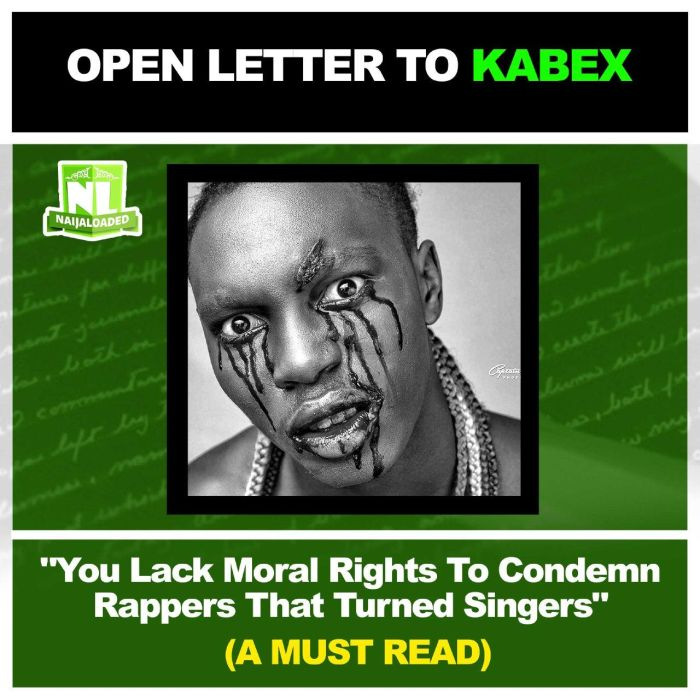 One thing I always appreciate about Kabex is that all his rap songs always have a clearly noticeable message with lyrics well put together. He is always blunt and always on point.

Meanwhile, after listening to his “Destruction – rap industry diss“, I felt the need to tell him somethings before his growing music career hit the rock.

Practice What You Preach
Why will Kabex come out to blast rappers turn singers when he has “Detty December“, “Yeye Daughter” and couple of lamba songs.

Sometimes it is good to check yourself before bringing lyrical weapons to attack people. You are judging other rappers for what you are also guilty of.

Besides, when does it become a crime to be versatile?

When does it become a crime to blow as a rapper then switch to singing as long as you can do it?

Even M.I‘s biggest song as a rapper had a singer, “Flavour” did the chorus. Would Oleku by Ice Prince be blown without Brymo?