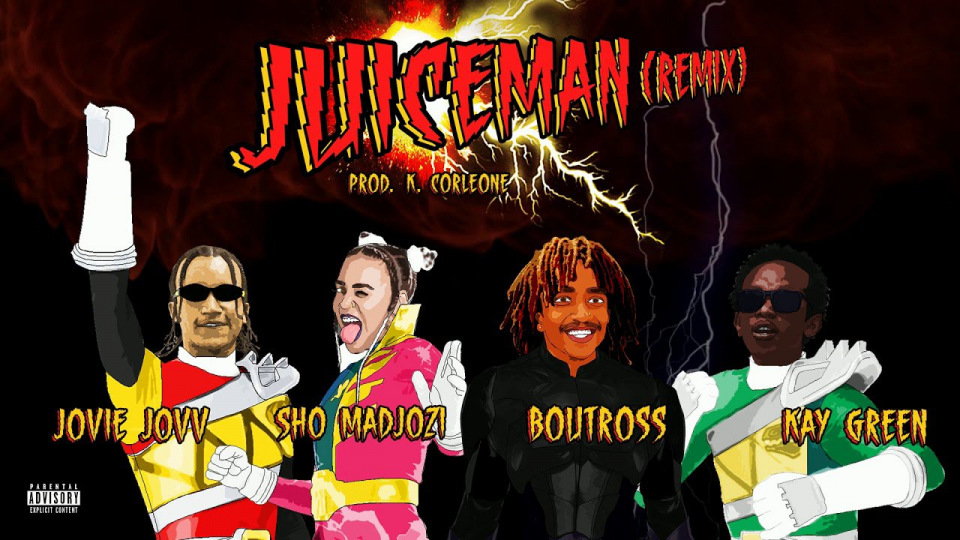 Boutross Munene has been in Kenya’s lime light as among the first Shrappers (Kenyan Trap music) in Kenya. The Nairobi based rapper has honed his craft and released a lot of good music over the past year.His ‘Wrong’ and ‘Safi’ track have made a lot of noise on the East African plane and establish Boutross as a seriously talented rapper.

Last year, the ‘Shrap God’ brewed a storm on twitter when he asked South Africa’s Casper Nyovest to collaborate with him on the remix of  the ‘Wrong’ track. This brought a lot of attention to the ‘Safi’ rapper and got the likes of Mr Eazi and Sho Madjozi to endorse the idea. Recently, Boutross released a new jam dubbed ‘Juiceman remix’. The Kenyan rapper features South Africa’s very own Sho Madjozi , Jovie and Kay Green.

A round of applause is in order for the Shrapper for his first international collaboration as he continues to put his country on the map. ‘Shrap to the World’