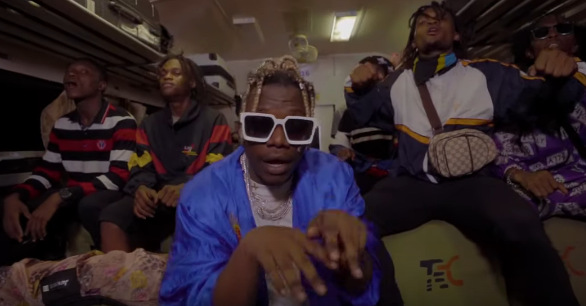 ‘Zipo’, is a dance song, and the video was shot inside a commuter train in Tanzania.

The song has nice beats that create that dance feeling in you, listening to it, your body automatically starts shaking.

In a short description posted on YouTube, Rayvanny noted that the idea to shoot the song on a train was weird but ended up being successful.

12 hours after it premeiered, the song has already managed over 162,000 views on Youtube.

Zipochallenge has also elicited massive reaction online, with fans recording and sharing their videos attempting to emulate the dance style used in the song.

Judging by the current statistics and warm reception, ‘Zipo’ is surely going to be a major hit in the East African region.