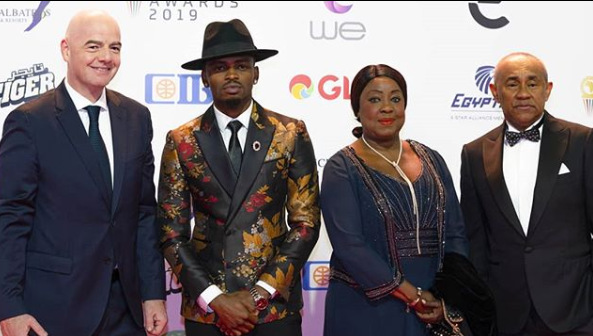 As usual, he stepped on stage with his dancers and dropped an electric performance at the award gala.

Diamond performed his top hits that include; Tetema, and Yope remix.

His performance was so electric that it caught the attention of FIFA President Gainni Infatino, who joined him on stage.

During the award gala, mane was named the best player in the continent for the year 2019, following a good stint for club and country.

Watch a section of his performance here.