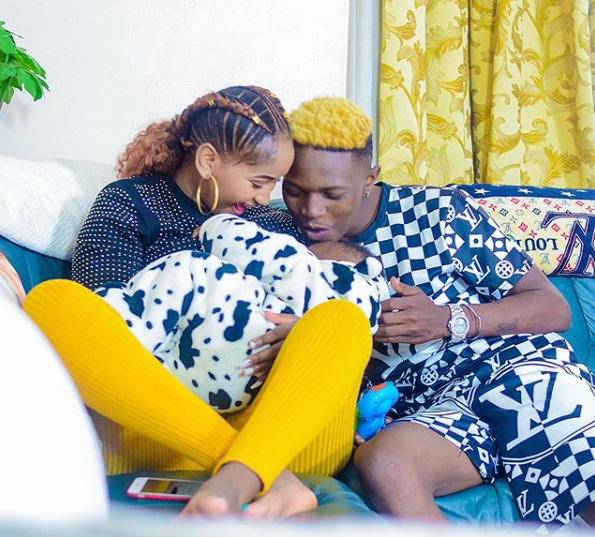 The song revolves around the son and the happiness he has brought to the family since he came to this world.

This is the second project Mr Seed has undertaken together with his wife, under Seed’s record label Starborn empire studios.

In a long Instagram post, Seed appreciated Kristen and prayed that God blesses him with long life.

“Nine months ago GOD blessed me with a son ... I named him Gold Kristen Omondi ( @king_goldofficial). This boy came with a lot of blessings in our lives .. A happy boy always smiling and laughing... I remember after alizaliwa he started crying then nikamhold n the 1st song I played for him was LOVI LOVI which I recorded before he came to our lives .. immediately he stopped crying hapo nikarealize this boy loves music .. .. to cut the long story short .. I wanna let the whole world know how much joy this boy brought to me and his mum @nimo.o_To my wife @nimo.o_ thank you so much for carrying my child n for doing life with me,” Seeds message read in part.

Two hours after it premiered, the song has already managed over 9,000 views on YouTube.