Cardi B Dances To Cassper Nyovest With WILD Nigerian Strippers 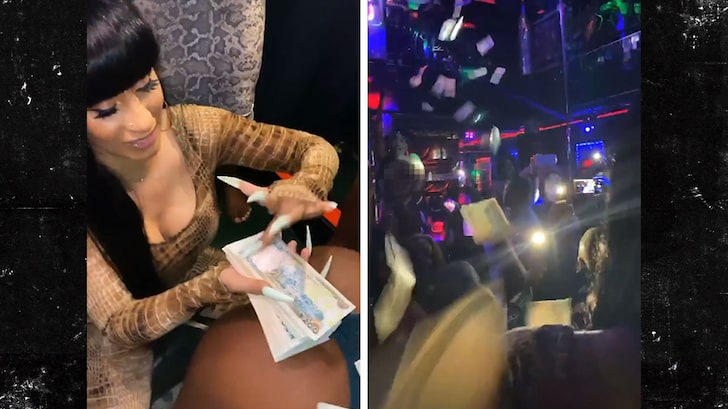 Cassper Nyovest is on cloud nine after a video was posted online showing Cardi B dancing to his song “Mama I Made It”. The video which has now gone viral shows Cardi B in a Nigerian strip club getting down to the hit song with some wild local strippers.

Cassper took time to appreciate this moment by posting on his social media that “Cardi B posted a video on IG, she was at the strip club last night and Mama I made was playing in the background.”

Cardi B has won 1 Grammy award and nominated numerous times.

This might work in Cassper’s favour as she has millions of viewers all over the world. Although Cardi is currently embroiled in a nasty personal drama with husband Offset who apparently cheated on him, she seemed to have taken it in her stride as evidenced in the video which was shot in the Nigerian strip club.

Amazingly, Cassper Nyovest appreciated the video and the Twitter streets got lit with messages of congratulations and virtual high fives.

Whilst Cassper Nyovest’s song was in the background, it’s still a big deal that Cardi B posted the snippet!.

Asides from the strippers, the video also features two other unidentified females and US dollar bills can be seen ‘raining’.