The Unkut Africa Hip-Hop Awards Nominees have been unveiled 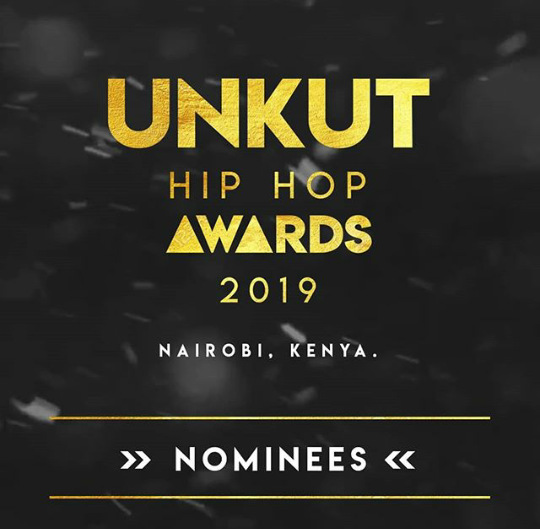 Unkut Africa has finally presented the nominees of the Unkut Hip-Hop Awards 2019. The list is full of people we have been loving this year in the Hip-Hop scene; some who might not have made it on the top 50 lists that have been circulating all year.

Looking at Unkut Africa, the team there has been spending a lot of time with the Hip-Hop artists in Kenya. They run a website on the Hip-Hop scene in Kenya and they occasionally have cyphers on their socials. Their socials are a real representation of the Hip-Hop culture in Kenya and also the essence of its marriage with the scene internationally.

Breakthrough artist, Vallerie Muthoni is leading the female nominations courtesy of her song ‘Spicy Szn’ which has bagged 4 nominations. Bey T also has bagged a number of nominations including Best Female Artist of the Year. Leading the overall nominations is Scar Mkadinali; individually and as part of the Wakadinali group; with 8 nominations.

The team is honouring the late Chris Kantai with the Life Achievement Award. The other honoree of the night is Scar Mkadinali with the Honorary Award.

Voting opened on the 1st of December and will go on until the 15th of December. Check out Unkut Africa on their socials to vote for your favourite Hip-Hop peoples.