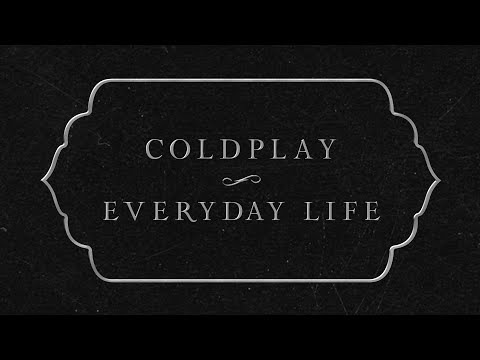 start, a daring way to kick off their second chapter.

Today sees the global release of Coldplay’s eighth album, Everyday Life, via Parlophone / Atlantic on CD, vinyl, cassette and digital formats. The 53-minute double album is divided into two halves, Sunrise and Sunset. Click here to listen to it now.

To celebrate the album’s release, the band are performing two very special shows today, streaming live on YouTube from Jordan.

Coldplay: Everyday Life – Live in Jordan is taking place at the Amman Citadel, with the performances mirroring the two halves of the album. The Sunrise concert began at 4am GMT and is available to view on-demand now, at LINK.