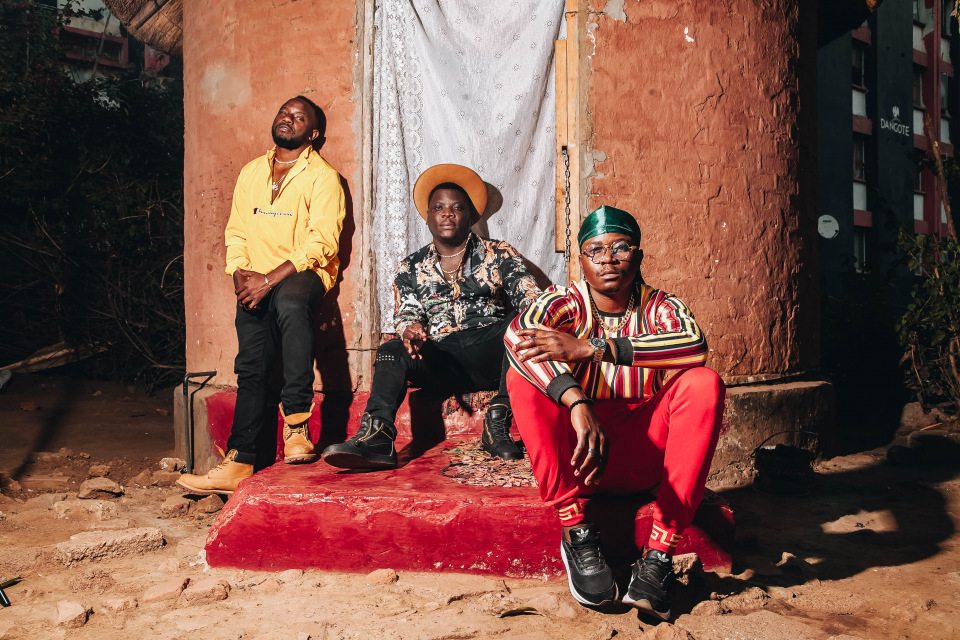 You asked and they listened, Urban Hype – the trio from Zambia has done it again; ‘We are taking our music and making it global’. From Lusaka (Zambia) to Lagos (Nigeria) to Nairobi (Kenya) and Kampala (Uganda); their next stop is the World!

Urbandary is here and if you haven’t tuned in yet, you’re surely missing out. The name ‘Urbandary’ comes from combing the words urban hype and legendary. Urban Hype believes the music they make is timeless and they will achieve legendary status in their own right hence calling it Urbandary. Urbandary was recorded over a period of 3 years with cumulative effort by Fumbani (Fjay), Ajay and Badman Shapi. The album was pushed back because of several reasons over the years.

The Urbandary album doesn’t have a direct theme because it is meant to showcase Urban Hypes diverse sound though most of the songs made are for the ladies and a few tell the struggles and the journey from being unknown to popular.

The Urbandary Album consists of 21 original songs. One of their biggest single released this year called ‘You are beautiful’ features upcoming R&B artist Michael brown. It talks about appreciating and loving yourself the way you are. Everyone is beautiful in their own way. ‘Monday to Sunday’ features Kenya’s top hip hop artist Khaligraph Jones ‘The OG’. The song talks about how every day is a party in its own way. Work hard and party hard is the theme of this banging song. ‘Good Life’ features the dancehall daddy T-Sean, the song is about a man trying to tell a girl who has been through the worst times that he can offer her a better life including all the nice and flashy things life can offer.

From their 2015 Zee music award in the Best Group category and the Born and Bred award for Best RnB Video category, Urban Hype lads are aiming for the legendary status in Africa and the rest of the world with the Urbandary Album.