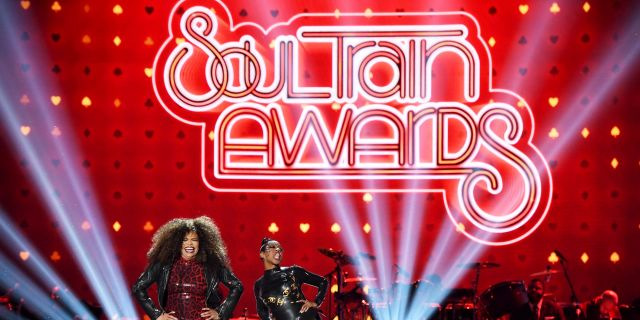 The Soul Train Awards 2019 happened on Sunday night at the Orleans arena, Las Vegas. The hosts of the night were Tisha Campbell and Tichina Arnold, for the second year in a row.

There were great performances of the night including SIR and D Smoke, who opened the night with the first performance. Then K. Michelle, Wale, Queen Naija, the legendary Boys II men hit the stage with Stokely and Teamarrr. There was a soul cypher that was done by Erykah Badu, Robert Glasper, Carl Thomas, Kyshia Cole, Le’Andria Johnson and Anthony Hamilton.

Yolanda Adams was being honoured with the Lady of Soul Award and so she took the stage to perform for close to 10 minutes. She did a Yolanda medley of all her powerful anthems. Kirk Franklin presented her with the award after her performance.

It was a great night for the Black Soul Community that BET put together. Catch all the performances on their YouTube.