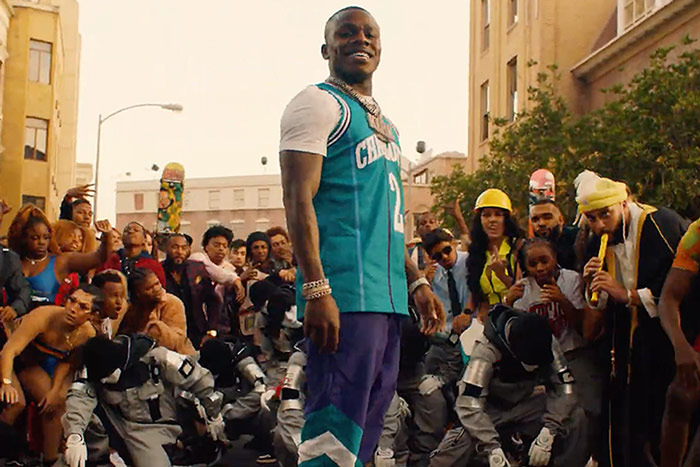 Over the weekend Da Baby dropped a new song, ‘BOP on Broadway’ and it had the whole internet bopping too. Da Baby has a hot beat with elements of the flute that will totally have you bopping because, it is the only way to listen to the song. The flute element keeps the song true to its title, especially the alternative title, ‘Hip Hop Musical’.

Da Baby goes hard on the rap and he barely switches flows but either way, he stays hard on beat. With this kind of energy, Da Baby recognizes that he needs to use the song to brag and remind people of his existence in the industry; and he does this almost effortlessly.

The video is a street-shot video full of colour and was probably shot over summer. The Reel Goats directed video takes a flash-mob direction in the name of a traffic snarl up. Different people step on the scene with their different choreographed pieces. Da Baby dares to join in one or two moves but otherwise he appears through the video doing his thing.

Different dance pieces are definitely counted in the making of the alternative title, ‘Hip Hop Musical’. The last piece is genius with masked dancers and Da Baby only shows up to wrap up the video with everyone jumping into frame.

Catch a vibe with the genius that is Da Baby.