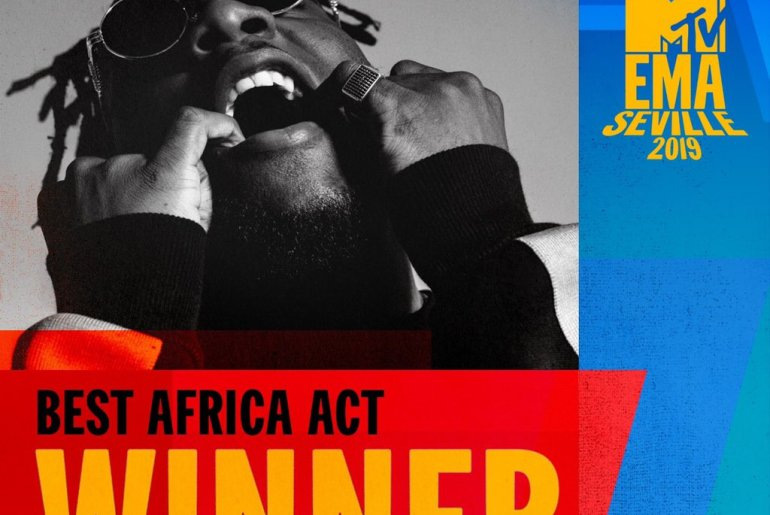 It has been a big year for Burna Boy and definitely one of the years that has marked the peak of his career yet. Burna gained much deserved international recognition especially after the release of his album ‘African Giant. His album was topping the charts for weeks after its release and Burna appeared on different shows performing and promoting his album. He continued with his winning streak last night by winning a MTV EMA.

The MTV European Music Awards happens yearly and yesterday a couple of African acts were going up against each other for the African Act of the Year Award. The artists were Burna Boy (Nigeria), Harmonize (Tanzania), Nasty C (S.A), Prince Kaybee (S.A), Teni (Nigeria) and Toofon (Togo). Burna Boy won the category and took home the EMA.

Well, congratulations to Burna and everyone really that was up for this award.