Nandy wins Top Award in US 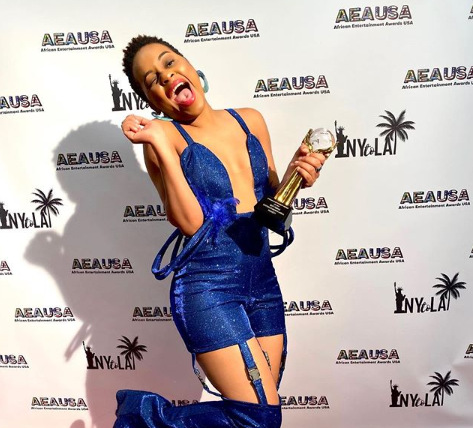 The awards gala happened on 19th October and was hosted by popular Kenyan comedian Eric Omondi and Anita Fabiola.

Shortly after bagging the award, Nandy took to Instagram to appreciate her fans for the support they have accorded her so far.

Nandy is one of top female musicians in the East African region, and is known for her songs that include; Ninogeshe, One Day, Nikumbushe, Hazipo, among others