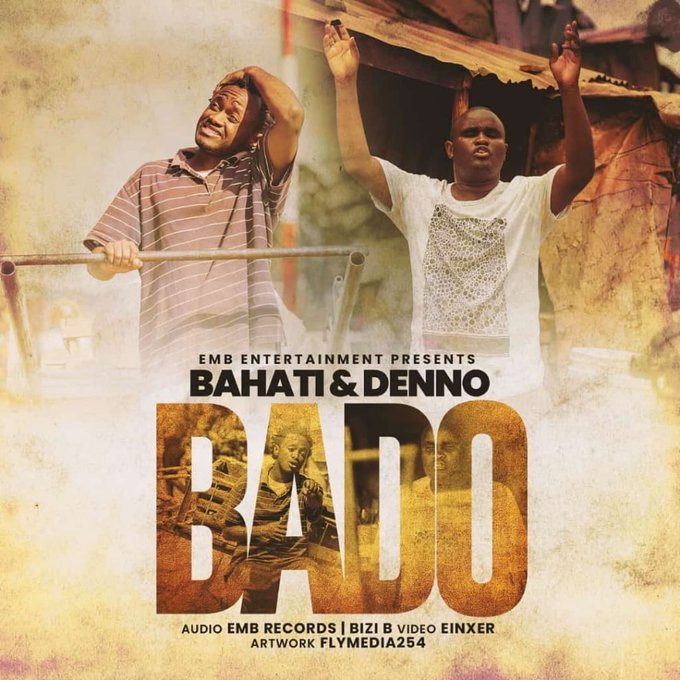 ‘Bado’ is a Swahili word that translates to ‘Not Yet’ in English. In the song, the two, encourage those feeling that they have reached the end, that it is not yet over.

Before dropping ‘Bado’, Denno had taken a break from music, and had gone months without releasing any jams.

The new song could be an indication that Denno is making a comeback into the music industry.

In a tweet popularizing the song, Denno encourage his fans not to give up when facing challenges adding that at the right time God will come through for them.

“It may seem Hard But God Reminds Me It's Not Done,” his tweet read in part.

On his part, Bahati thanked Denno for featuring him in the new release. “Kuna Wakati Tunafika Mwisho Mungu Tukumbushe #BADO... Humbled to be Featured in @DENNOmusic Come Back Song #BADO ,” he posted.