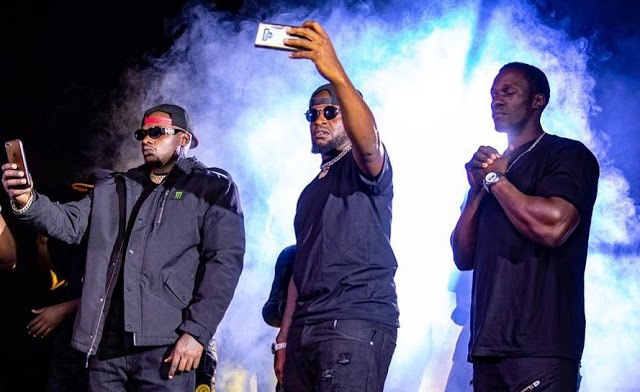 For weeks on end, Khaligraph Jones has been using his social media influence to tease a new single. The wait has come to an end, a few hours ago Khaligraph Jones dropped a new track dubbed ‘Siogopi'. He tag teams with his brother ,rapper Lamaz Span K.O.B.

Last month, Khaligraph’s Khali Cartel 3 was the talk of the town. The cypher track is still number 1 on Kenyan charts with increasing streams. The cypher collectively has shattering 1.1 million streams. Coming off that high, Khaligraph is ready for more record breaking numbers on ‘Siogopi'. The hip-hop track is doing pretty well already for its awesome beats and the wordplay orchestrated by Papa Jones and Lamaz.

The awesome beat was built by Motif, the same producer behind Khali Cartel 3.The video was directed by Nezzoh Monts.