Nandy Nominated For Top Award in US 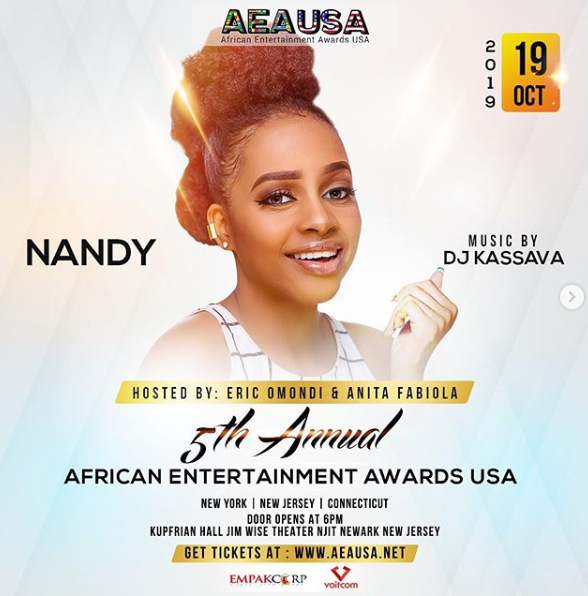 Celebrated Tanzanian musician Nandy has been nominated for the Africa Entertainment Awards in the United States.

The talented musician has been nominated for the award of Best Female Eastern African musician, in the awards set to take place in New Jersey.

The awards gala will happen on 19th October and will be hosted by popular Kenyan comedian Eric Omondi and Anita Fabiola. DJ Kassava will provide music during the gala.

Nandy is one of top female musicians in the East African region, and is known for her songs that include; Ninogeshe, One Day, Nikumbushe, Hazipo, among others.