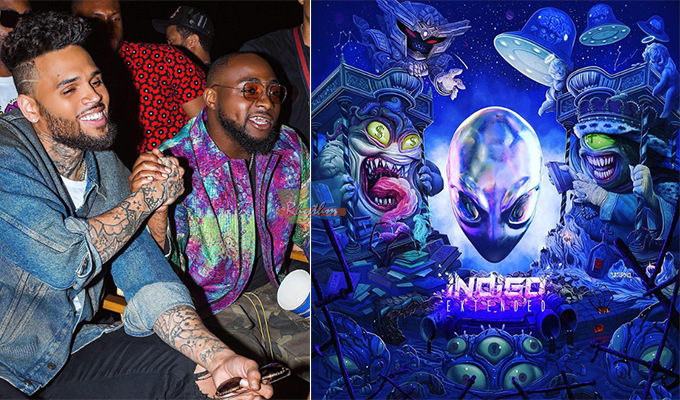 American pop star Chris Brown has released an extended version of his Indigo album. Off the extended album is a smashing new track dubbed ‘Lower Body' featuring Nigerian megastar Davido. The new track has an Afrofusion beat produced by Kiddominant.

‘Lower Body' is about a woman’s lower body and getting her to dance and move it to the beat. Davido kicks off the song with a powerful verse and drops a catchy hook as well. Breezy makes a smooth incision into the afrofusion beat. Chris flexes his vocal controls by hitting high and low notes without breaking a sweat.

Davido dropped ‘Blow my Mind' and featured Chris on the track. The two artist have stayed close ever since and have become real friends if not brothers. Chris Brown has brought Davido on to the stage during his IndiGoat tour and let him perform his hit songs, ‘If' , ‘Assurance' and etc. Their bond stretches even further as Chris Brown is going to be a grooms man at Davido’s wedding. The new friendship has opened doors for both artists and good music for fans around the world. Stay tuned, for updates on the visuals for ‘Lower Body'.