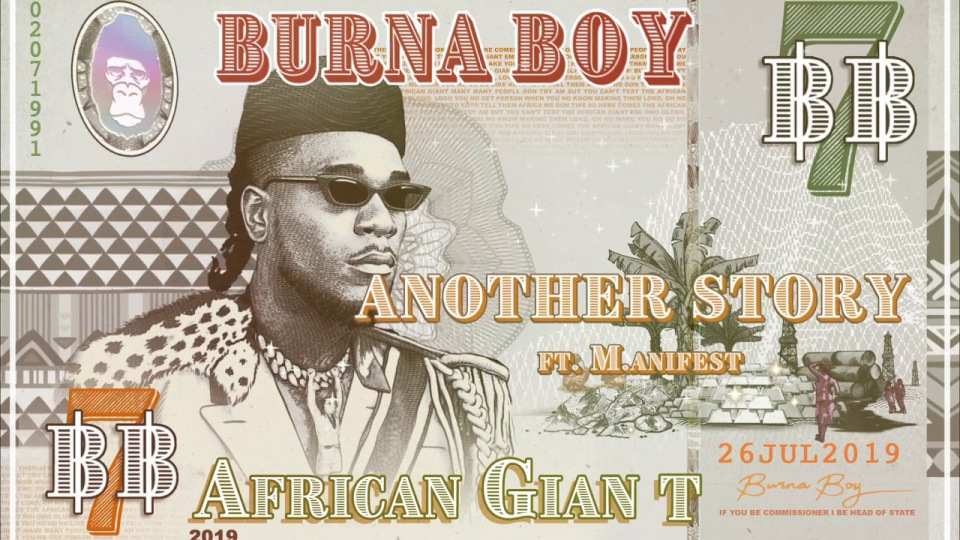 Burna Boy released his highly anticipated album ‘African Giant’ a couple of months ago and it is still topping many charts weeks later. From the album, we heard collaborations with a couple of artists with M.anifest being one of them. Burna Boy and M.anifest have finally released the visuals to their hit song ‘Another Story’.

Another Story is basically about the many lies the government tells its people and the picture painted to other people who don’t really understand the country, Nigeria. This is very fitting for Burna who is very outspoken about his activism just as his musical father, Fela Kuti. Also telling of the album considering Burna took it to present Africa to the world.

The video is graphic in the context of Burna portraying a burning city. He has excerpts of the war between the country and the government during and post-colonisation. What the government promises to solve is what really ails the people of the country. Despite the calm story sold, on the ground, there are chaos. Having the Ghanaian rapper, M.anifest in the record could be telling of the very same problems ailing the people of Ghana.

Catch a vibe with Burna and M.anifest and understand Nigeria as Burna has chosen to school us.