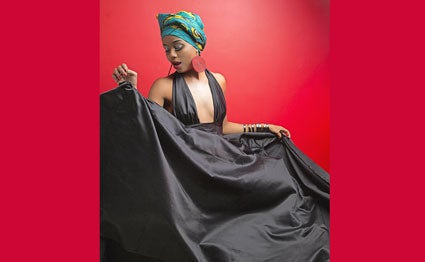 Nigeria’s Megastar Mr Eazi is known for his Afrobeat jams. He is a Bet awards nominee and has attained global recognition with awesome hits like ‘Leg over' ,Pour me water and ‘Miss you bad’s featuring Burna Boy. Mr Eazi hasn’t been too big on albums this year but his dropped a couple of great singles. The songs include Supernova and Yard and Chill.

In his latest work, he links up with Tanzanian’s Queen songstress Nandy. She is known for a variety of songs but her super banger ‘Ninogeshe' got her the deserved recognition she has. Coke Studio Africa provides the platform where the two artist link up to make a really spectacular ad dubbed ‘Pour me Cola’. If you watch DSTV or a frequent YouTube surfer then you’ve probably run it to this ad. The intro of the song sees Me Eazi about to perform on stage. He gets thirsty and tells Nandy to pour him some Cola. After Nandy joins him on stage he starts off the hot jam. Mr Eazi drowns us in his Banku style while Nandy throws us a life jacket with her beautiful soulful voice. The ad is about 2 mins of beautiful music. The duet between Mr Eazi and Nandi is super insync and quite beautifully executed, too bad it’s not awhole jam.

Nandy has been on our airwaves for sometime. She recently featured Kenya’s Sauti Sol on her ‘Kiza Kinene' The song is a smashing hit with 1.2million streams on YouTube.  The Tanzanian Queen, didn’t come to play no games. She’s been on a role with a successful hits on Aibu and , Hallelujah with Willy Paul and Radio Love featuring Arrow Boy. Nandy is a super talented artist and I can’t wait to see what she’s up to next.