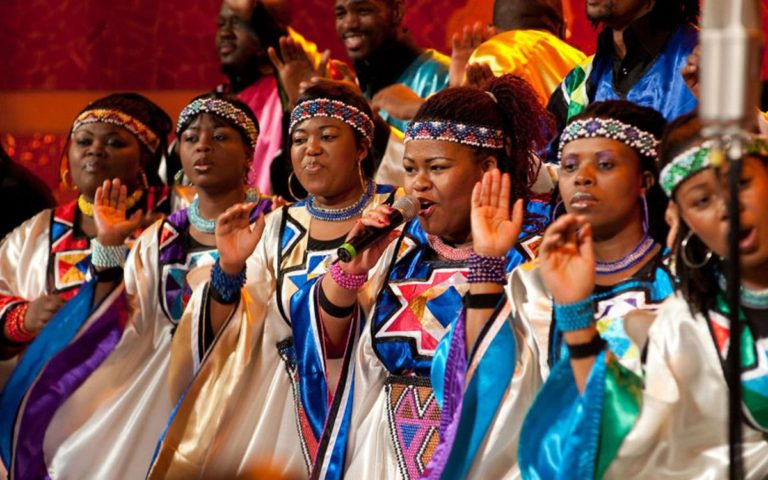 The multiple award-winning group, Soweto Gospel Choir, will be in Nairobi for a concert on Friday, August 16th 2019 at the CITAM Karen church from 6 pm.

According to a report by Business Daily, “The choir is thrilled to be performing in Kenya, especially as this will be their first visit. We can’t wait to learn more about Kenyan music and culture,” says Beverly Byer, executive producer and director of Soweto Gospel Choir.

“The group’s performance trademark is incredible energy and spirit, colourful costumes, breathtaking vocals and dancing and drumming. Much of their captivating sound is composed and arranged in Zulu, Xhosa and other indigenous South African languages. Their broad repertoire ranges from traditional South African spiritual favourites like “Avulekile Amasango (The Gates Have Opened) to their rendition of the Leonard Cohen classic “Hallelujah.”

The voices of the Soweto Gospel Choir can be heard on the soundtrack to the new “The Lion King” film singing “Circle of Life Nants’ Ingonyama” alongside fellow South African artist Lebo M.

The ensemble has recorded and performed with Beyoncé, Celine Dion, ...more on The Sauce