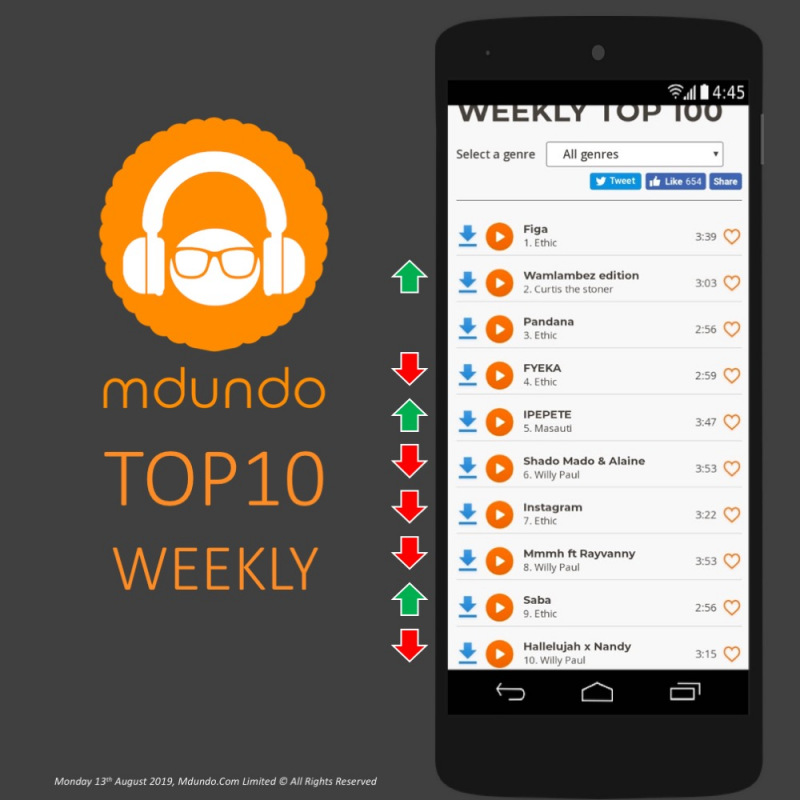 Mombasa based Bongo sensation, Masauti, seems to be a powerful force at this moment. His hit song ‘Ipepete’ has fought to settle in at position 5 this week on the Mdundo Top10 Weekly. Breaking into the spotlight late 2018, he has proved genuine hard work, sure does pay. Masauti’s growth has punched the accelerator firm enough to overtake Kenya’s top Bongo artist Willy Paul whose ‘Shado Mado’ featuring Alaine has now dropped to 6.

Anticipating a tough run between Ethic and Willy Paul on the top charts; Curtis the stoner managed to break through into position 2 with ‘Wamlambez Edition’. He officially disrupts Ethic’s 8 week +  reign on the Top 3.

A chart conspicuously ruled by Ethic and Willy Paul, Masauti and Curtis are giving these giants a real run for their money. Let’s see how it goes.