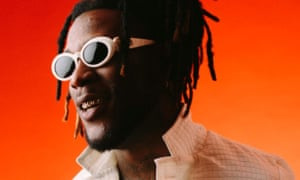 Burna Boy is of course doing media rounds for his album African Giant. One of his first stops was The Breakfast Club with Charlamagne, DJ Envy and Angela Yee. On there, Burna talked about his album, love and the collaborators on that.

The album has many features such as Damian Jr. Gong Marley and YG; who are the main collaborators that he spoke on. Damian Marley, from the Marley family has a single with Burna that he describes as afro-reggae. Burna talks of how this was a dream come true for him; the Marley family is of course a big name for anyone to work with. He explains how this collabo came through very organically. He also spoke on how unfortunate it was that he was not able to meet Nipsey. Nip was meant to be on his album; for the song that he eventually did with YG.

Catch a great vibe with Burna with Africa Giant.