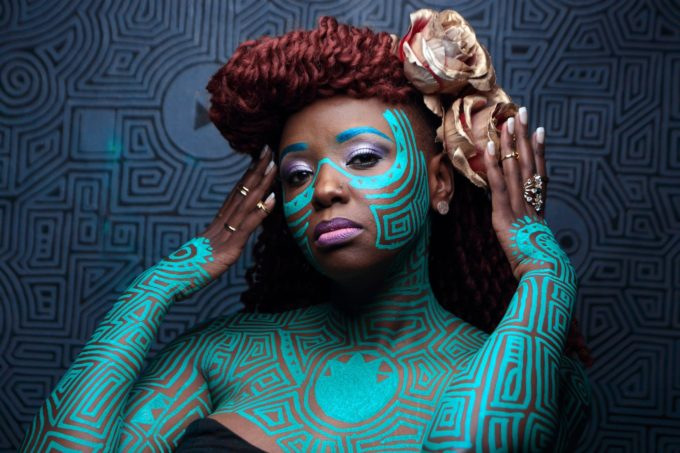 Renowned Kenyan musician Muthoni Drama Queen over the weekend performed at the Les Vieilles Charrues festival in France, where she sang alongside popular global stars.

MDQ as she popularly referred to, shared the stage with the Black Eyed Peas, Ben Harper, and David Guetta in the festival that brought together over 20,000 fans.

In a series of posts after her performance, MDQ noted that it was great meeting and interacting with the renowned artistes.

She also appreciated the fans who turned out in large numbers, and made the festival a success.

“This was sick. I've never heard an audience roar for an encore like that! Oh oh oh oh oh!! Kenya in the house, Swizzo is the house #SHETour19,” she posted on Instagram.

“No exaggerating,#BEP (Black Eyed Peas) are literally the mark on the wall for me. I've been a fan for so long, and as an artist, they're the guiding light for how far we can take our Kenya/Swiss combo. Thank you for everything you have done for music, for creators and for the culture.

“Best part of meeting them is finding that they are super cool, real, funny and accessible humans in real life. They've lived through real things. They know the blessing that is their life. They're stars for sure, but they're such dope human beings. That's the thing that will stay with me the longest,” she said.

MDQ is the founder of Blankets and Wine festival, one of the biggest and most followed musical events in Kenya and the entire East African region.