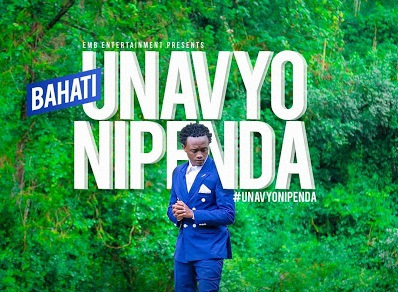 Unavyonipenda is a product of the EMB records under Bahati’s leadership.

Just an hour after its release, the song is already doing well on YouTube with over 11,000 views and 300 comments.

In the song, Bahati appreciates the love that the Almighty God has bestowed upon him.  He notes that if it were not for the mercies of God, then he may have not been alive today.

The video has been shot in a forest setting. The adventurous surrounding, and the sleek vehicle used have made the video perfect.

Bahati has been slow on releasing music this year. Before Unavyonipenda, the artist had stayed for two months before dropping a jam.

The last song he featured in was ‘Fanya’ featuring Danny Gift.