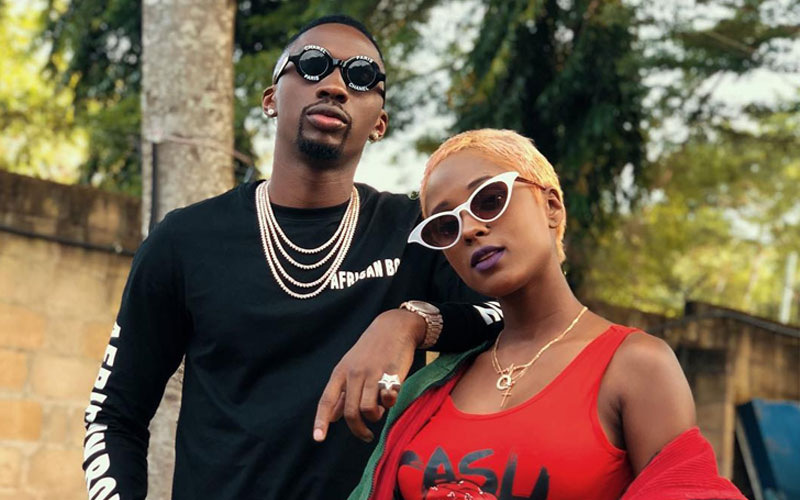 Tanzanian R&B king Juma Jux strikes yet again with another serenading release SUMAKU featuring celebrated East African Pop diva Vanessa Mdee. The S2Kizzy produced-track is his second release this year and the lead single off his upcoming debut studio project, “The Love Album”. The love jam comes on the backdrop of Jux and Vanessa 2016 collaboration “Juu”. Just like the title (Sumaku is Swahili for Magnet), the R&B song is an attractive yet infectious sound.

Speaking ahead of the new release Jux says, “SUMAKU is the lead single off my upcoming debut album and it’s my pleasure to collaborate with Queen Vanessa once again in this song that speaks of the irresistible attraction and magic of love between committed partners,” adding, “My fans should expect an album full of many flavors and sounds. I have been working tirelessly to give you all round exciting, fun and entertaining project. Look out for the release date soon.”

Tanzania’s top bongo R&B sensation Juma Jux has an impeccable style and sound, with his top charting his songs including “Fimbo”,” Zaidi”, “Utaniua”, “Zaidi”, “Wivu” and “Juu” featuring Vanessa Mdee.  For many years, Jux has been balancing a career in music and business as the CEO and Founder of renowned fashion brand: African Boy. In 2015, he bagged an award for Best R&B song at Kili Music Awards (Tanzania). 2018 saw him orchestrate one of Tanzania’s biggest independent tours ‘In Love with Money’ alongside East African Pop Queen: Vanessa Mdee.