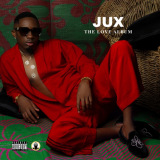 Who is Jux?
Jux is a singer and songwriter from Tanzania. His real name is Juma Musa Mkambala. He was born on September 30th 1989. His ability to write and sing RnB songs has made him one of the most popular artists in the Bongo Fleva scene.

Jux Journey and Breakthrough
He started his musical journey at the age of 16. He began as a rapper before later venturing into singing. In 2008, he signed a record deal with AM Records, a record label owned by renowned Tanzanian producer Manecky.

His breakthrough came in 2011 after he released 'Napata Raha' which made him a household name. He went on to release other songs such as 'Nitasubiri' which was a special creation for his girlfriend Jackie Cliff and 'Uzuri Wako' which was later banned by Tanzanian authorities.

In 2015, Jux won a Tanzanian music award for Best R&B song thanks to Nitasubiri. He was also nominated for Best Upcoming Artist and has been on an upward trajectory ever since.

Jux is known for having well curated list of collaborations with top Tanzanian artists that include; Vanessa Mdee, Joh Makini, Navy Kenzo and Diamond Platnumz among others.

The singer released his first album titled 'The Love Album' in 2019. It was received well and has so far made many music records in the streaming world.

Awards won by Jux
In 2015, Nitasubiri won the award for Best RnB song at the Tanzania Music Awards

The talented singer has also bagged nominations as the Best East African Male Artists at the Afrima awards.

Is he the best musician in Tanzania?
He is one of the best. His amazing voice, talent and massive energy has set him apart in the Bongo scene.

How to listen and download Jux music on Mdundo.com
His music is available for free download and streaming on mdundo.com. To listen to his songs on Mdundo, visit mdundo.com and search for Jux. A catalog of all his available MP3 tracks will then be provided for you to select the songs you want. You can download/listen to his latest hits on Mdundo through your phone, laptop or any other device that can access the internet.

Why choose mdundo.com?
Mdundo offers the latest MP3 tracks for free streaming and download. All you need is a feature phone and you can start listening to some of the best songs from your top artists. Additionally, you can also enjoy DJ mixes specially curated to meet your needs. The songs are also easy to download and do not need a lot of data since they have been customized for users with feature phones. By using Mdundo, you help your favorite artiste grow while at the same time contributing to a platform that seeks to increase legal access to music in Africa.