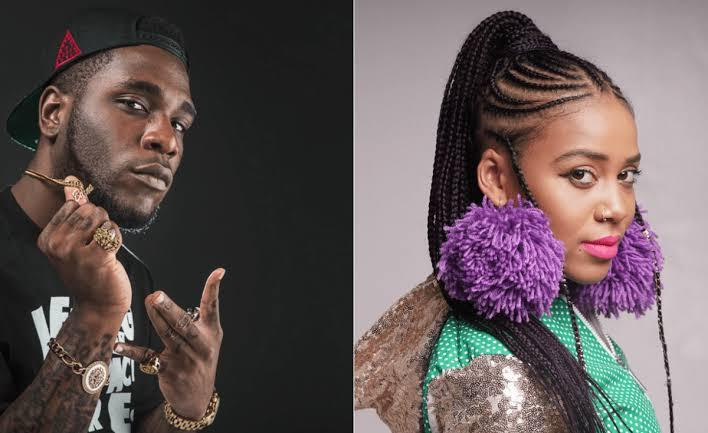 Sho Madjozi being the rookie in the music game was electrified with her win. She was emotional as she received her award from American actor Terrence J. Representing her hometown Limpopo she spoke about how her humble beginnings did not foil her dreams of being among the stars. “My story is a testament that you can come from any village, in any forgotten part of the world, and still be a superstar,” She preached to the world. Additionally her win made history in her home country, South Africa, as she became the first South African female to win a BET AWARD.

In the other corner Burna Boy snatched the Best International Act but was not there to receive the prestigious award. His mother, cum-manager, Bose Ogulu accepted it in his absences . She passed on Burna’s patriotic message to the audience. “Thank you very much BET, thank you Africa. That is the constituency for which we got noticed. The message from Burna would be that every black person should please remember that you were Africans before anything else,” said mama Burna.  Around of applause is in order for all the BET African ambassadors even those that didn’t win but still brought recognition to the continent and proved that Africa is full of talent and needs to be heard.