Ed Sheeran Reveals All Star Teaser for ‘NO.6’ Collaboration EP 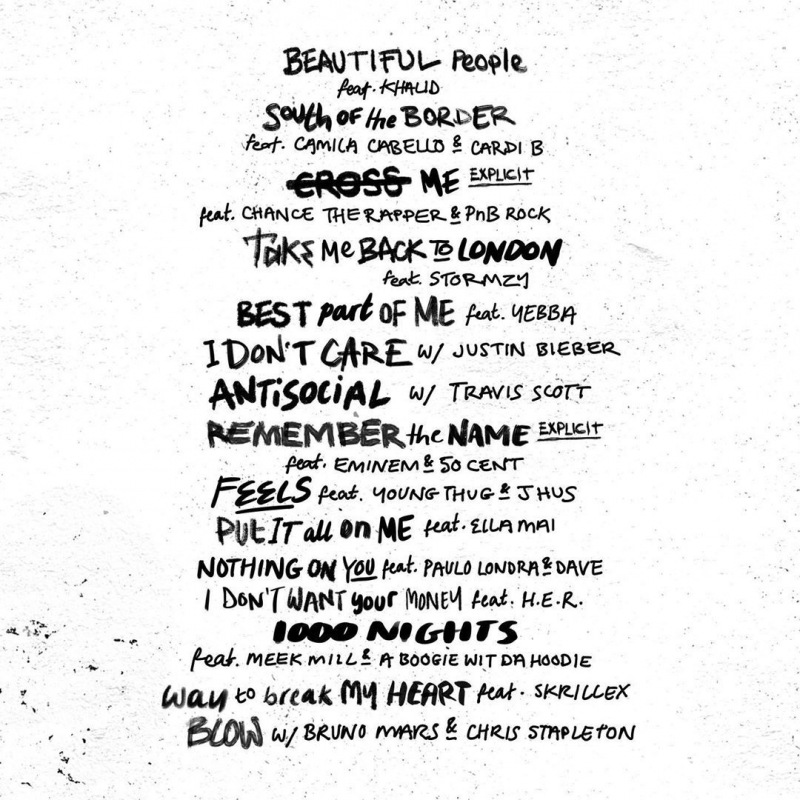 Edward Christopher Sheeran, The sensational singer and songwriter, has recently dropped quite the marvel of a track list for his new “NO.6” EP.

The much anticipated EP has the biggest names in the music industry ; Cardi B, Khalid and Camila Cabello are all featured in the album. The ‘Speaking out loud’ artist continues to surprise his fans by bringing a nostalgic feeling to the EP by tag teaming 50 cent and Eminem on the same track,who would have guessed it ? The album with a whooping 21 features, has more ‘Wows’ up its sleeve as Ed leaves fans in wonder with the inclusion of Young Thug and J hus on the same song; more astonishing artists are Meek Mill and A boogie wit a hoodie teaming up too.

Everything about this album is gonna leave ‘Edheads’ drooling when they hear the 80’s themed singer, Bruno Mars melting their hearts along side Chris Stapleton .The album might just be the 8th wonder of the world with all its diversity stacked up in one album.

The 28 year old grammy begs the question of how all the diverse voices will fit together. Either way Ed’s ‘Avengers’ are among the hottest acts in the industry; so even none Ed Sheeran fans are gonna pay homage with Travis Scott bringing the trap and Stomzy drowning what's left with that grime flavour.

Ed Sheeran is officially checking every big name off his bucket list. Other realeased tracks on the album are ‘Cross Me’ featuring chance the rapper and PnB Rock and ‘I don’t care’ with Justin Bieber.