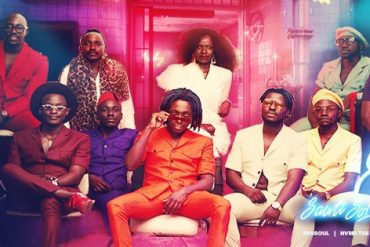 There has been a lot of evolution in the music industry, at least with the Kenyan music. In many ways however, the music incorporating traditional arrangements, instruments and/or vernacular languages has been left for our grandparents and a couple of our parents who were not inducted into the James Ingram cult of music.

There has however been a shift recently. Clubs and their many themes for different nights are now including a night where people enjoy vernacular music, rhumba or any music that is well traditionally influenced. This is not only happening on weekends when they know that people of a certain age are off work but even on weekdays and the youngins are still filling out the clubs.

Digitally speaking, the shift is very evident. There are many people who are going online to stream and/or download music by Ken wa Maria, Mbilia Bel and many other musicians of this caliber. Last year, president Obama on his list of favourite songs did list Fatoumata Diawara’s ‘Nterini’ as a favourite which is very traditional in language, arrangement and instrumentation. One of the most searched genres of music on mdundo is actually Rhumba. Going on Youtube, the likes of Joyce wa Mama and Samidoh are enjoying over a million views on almost all their videos.

While you are on your usual music grind, I hope you are enjoying this shift and digging through your old folks’ record collections.