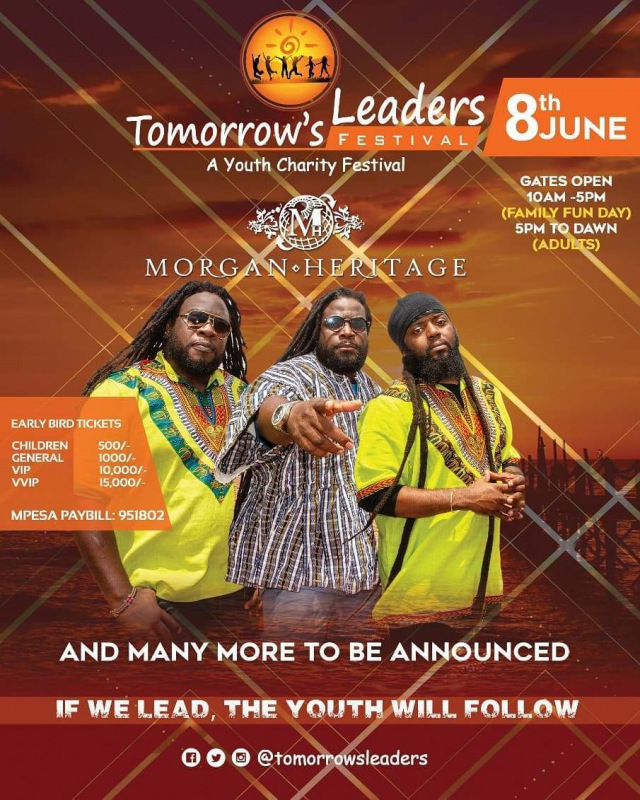 Tomorrow’s Leaders Festival was supposed to be the best and most lit event of the year and the line-up promised nothing less. With such a line-up, Kenyans showed up and showed out even with the rain and cold that was all around the country and on time.

The audience however had to wait until around midnight for the show to kick off. The people who got the chance to perform had their performance time cut short and shorter sets than what they had prepared for the crowds. The likes of Diamond and Yemi Alade did not get the chance to perform and apparently had not been paid.

Artists such as Alaine got to perform about two songs and their sound was still cut off. Morgan Heritage got up on stage at 5:00am, and most people were leaving the for some guys are still trying to perform. At some point in the said night, there was the #DeportMorganHeritage tag doing rounds on twitter.

The event had great marketing with the artists doing media tours, a meet and greet for the Morgan Heritage fans and the many adverts running on the local stations. The line-up had a life of its own and the fact that all the artists did fly into the country on time was a good indicator. But what might have gone wrong?