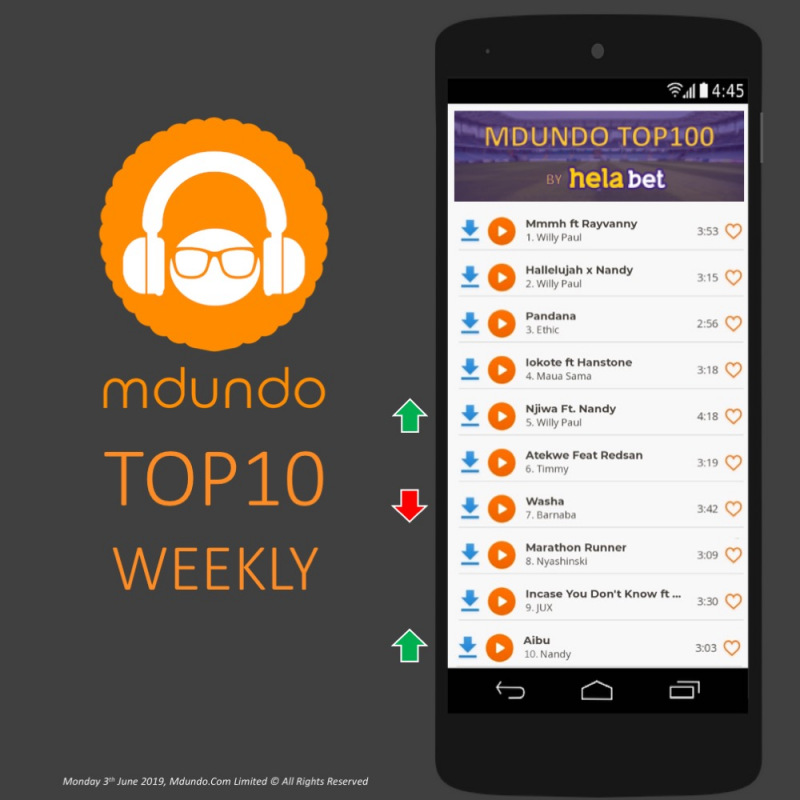 Looks like Choma na Ngoma hit it off well. On the performance line up was two top news makers in Kenya at the moment; that is Willy Paul and Nandy. Their steamy performance at the show over the weekend could be the explanation behind their hit jam ‘Njiwa’ jumping right into position 5 on the Mdundo Top 10 Weekly Charts. The song that for a few weeks now guaranteed Willy Paul holding 3 positions in top 10 was slowly crawling off the charts before this major boost.

Nandy has definitely become a Kenyan favourite. Her ‘Aibu’ from October 2018 came out of nowhere to settle at position 10 on the charts this week. She is mellow sweetness to the ear and luscious candy for the eye. The Tanzanian ‘Ninogeshe’ hit maker now has two collabos with Top Chart ruler Willy Paul, namely ‘Njiwa’ and their latest release ‘Hallelujah’.  Their chemistry has got mouths running but their music has also earned them respectable position in the East African Entertainment scene.

Download Willy Paul and Nandy Music for FREE on Mdundo