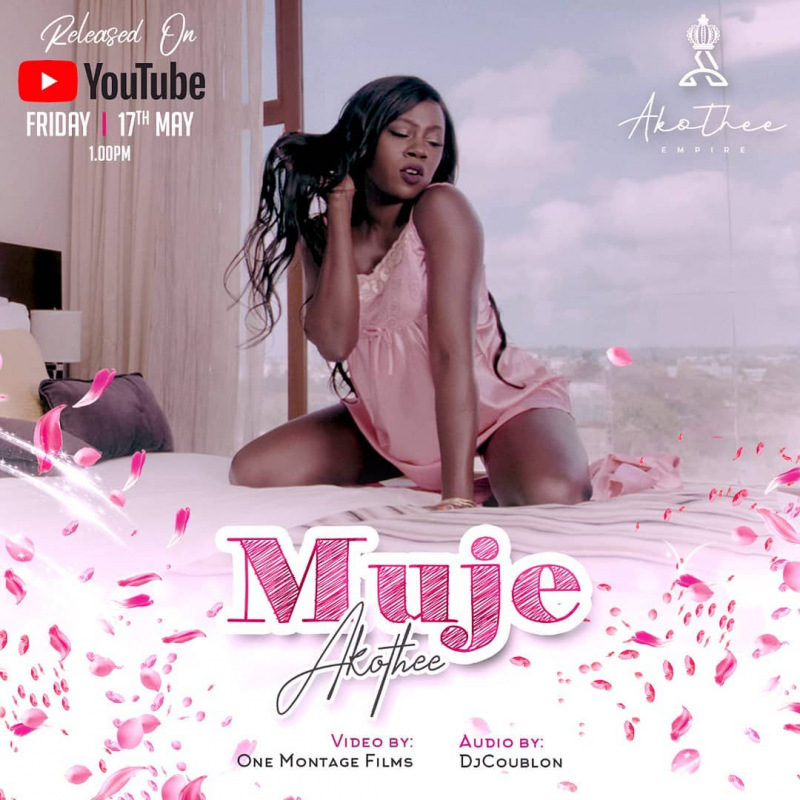 The electric performer is a creator of massive hits with some of Africa's big name collaborations such as ‘Give It To Me’ featuring Nigeria’s Flavour and Tanzania’s Diamond on ‘Sweet Love’. ‘Muje’ comes as Akothee’s 4th release in 2019, its predecessors being ‘Basi’, her first single this year, where she works with coast based ‘Ziky Mtanah’, also the first signing on her label Akothee Empire. She then released the legendary ohangla ‘Abebo’ that took off with massive airplay. In April the versatile madamboss got with Tanzania’s Linex to release a laid back blessing of a song dubbed ‘Baraka.’

Akothee on ‘Muje’ adopts a new style she describes as a love song. She has had a number of songs about love but in her latest release, it is an intimate message to a lover. The song also veers off her signature sound to now bring in a fresh feel of a laid back West African vibe, that is globally catching on.

Going minimalist on the video this time, Akothee’s new look is dashing to say the least. The sceneries are set to simplicity,  giving time and an up close view to savour her beauty and comprehend the lyrics. The new style however does not tone down her all majestic dance moves. She still serves a good energetic groove getting down like is signature.

The audio was produced by talented Nigerian producer DJ Coublon and video courtesy of One Montage Films.

‘Muje’ is yet another hit type adding on to her string of music successes. Akothee has graced numerous huge global stages just to mention, One Africa Music Fest both in Dubai and Wembley, London and Papa Remo Beach Party.

She also has her hands full with humanitarian projects, most recently reaching out to help with Kenya’s Turkana drought crisis. A heart full of love and music.