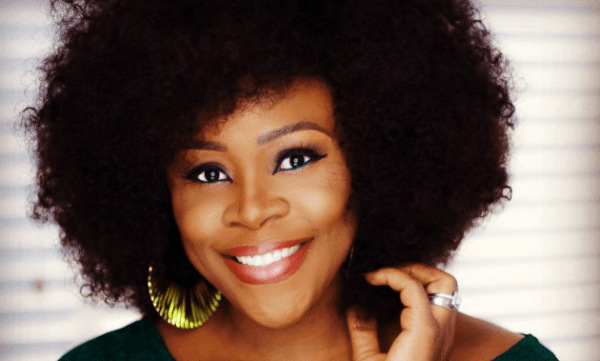 Nigerian veteran RnB sensation Omawumi will be in Kenya, East Africa for a Media Tour; 24th - 30th June, 2019. ‘In The Music’ hit maker just signed up on Mdundo having rolled out of 2018 with her ‘Hold My Baby’ where she features talented Mr. Falz. This being her latest hit jam of her great release since her break into the spotlight in 2007.

She came to light as a contestant on West Africa Idols. She has since used her music to reach out to her humanitarian passion. On her third album, Omawumi has combined with that genius known as Cobhams Asuquo to deliver this unique project called Timeless. The project represents a new beginning for Omawumi and a new direction for the local music scene. This album was recorded with entirely live instrumentation and finds Omawumi in rare form, taking you on a journey through various genres of music, from the jazz infected tones of “Dolapo” and her retake on Fela’s only love song “Ololufe” , Omawumi features an incredible range of artists from this album , from her duet with Angelique Kidjo, to the incredible collaboration fusing the sounds of Salif Keita with the South African township jive of Uhuru.

Wyclef blesses the album on “E Don Loss”, and all through the album, whether in her funky roleplay on “Something” or on the beautiful ballard “ButterFly, which is the first single, there is one clear and evident truth that comes shining through is the power of her voice and her vision. Omawumi working hand in hand with Cobhams her co-traveller, has blessed us all with this incredible tour de force. She was always an important voice, but now, surely she has become Timless!

In October, 2017, Omawumi was invited to Des Moines, Iowa in the United States of America to perform during the World Food Prize Laureate award in honour of Dr. Akinwumi A. Adesina, The President of African Development Bank.

Omawumi released a superb star studded video of one of her beautiful tracks off the timeless album, “sumtin” the rich and well scripted  video enjoyed and is still enjoying airplay across various media platforms worldover.

In the month of love in 2018, Omawumi decided to thrill her fans and the entire public to her scintillating live performance so a live concert tagged “An Evening with Omawumi” took place at Hard Rock Cafe in Oniru Estate, Lagos where she gave an electrifying performance along with her ever ready band.

Hermanes Media Company co-owned by Omawumi produced the movie “She Is” which Omawumi also acted in it.