Bamzigi starts a worldwide competition, giving one lucky producer the chance to remix any one of his Mizuka tracks 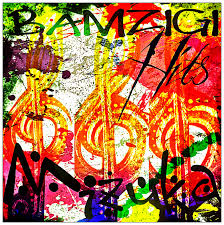 Image Courtesy of The African Superman

Music veteran Bamzigi wishes to give a lucky music producer the chance to remix one of his tracks at their own accord.

Bamboo shared this on his twitter handle, "@radioAFRO (Australia) & @3050Muzik (Kenya) are about to launch a 1 month worldwide music producer competition for one of my tracks from the #MizukaHitsCollection album. We want to give one lucky music producer a chance to remix one of my #Mizuka tracks and give them full creative freedom and a chance to show off their beat making skills to the world. Fans worldwide are gonna be able to vote so get ready we about to take off soon.". Bamzigi clearly has discovered that real magic doesn't happen in servitude.

So to all music producers out there who have been waiting for that big break, here is your chance to work with a philanthropic artist who is willing to let the "bedroom geniuses" shine. Am glad to see a celebrity who is still humble enough to give back to the society by naturing un-earthed talent. All the best to the music producers. The time has come to be who you have been dreaming to be.Now quit dreaming and turn it to reality. Load,aim and fire!

You can also listen to Bamzi's singles right here as you choose which to remix.Muzel Tov!