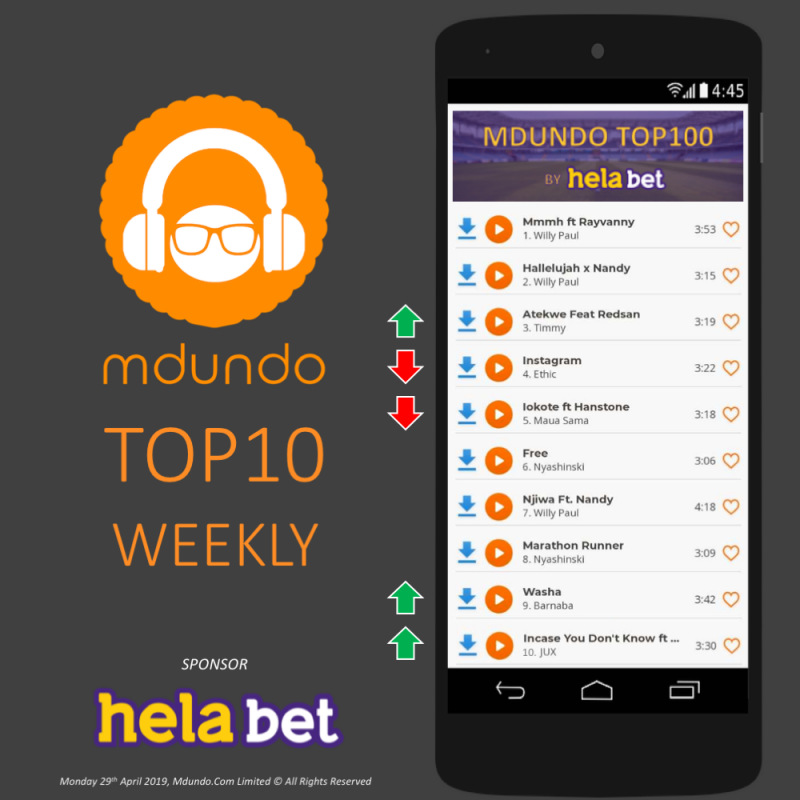 Tanzania's RnB Bong flavour master king Barnaba, this week breaks into Mdundo Top 10 Weekly Charts to land at position 9. His hit song ‘Washa’ displaces and wipes off the charts, Navy Kenzo Ft. Diamond’s Katika and Ethic’ Saba. This hit sensation also manages to overtake ‘Incase You don’t Know’ by JUX ft. Nyashinski that has been on and off but reappears at position 10 this week.

It is an almost strange twist considering ‘Washa’ is not a new song. It however has been the best performing track on Barnaba’s Gold Album that was released in January, 2019.