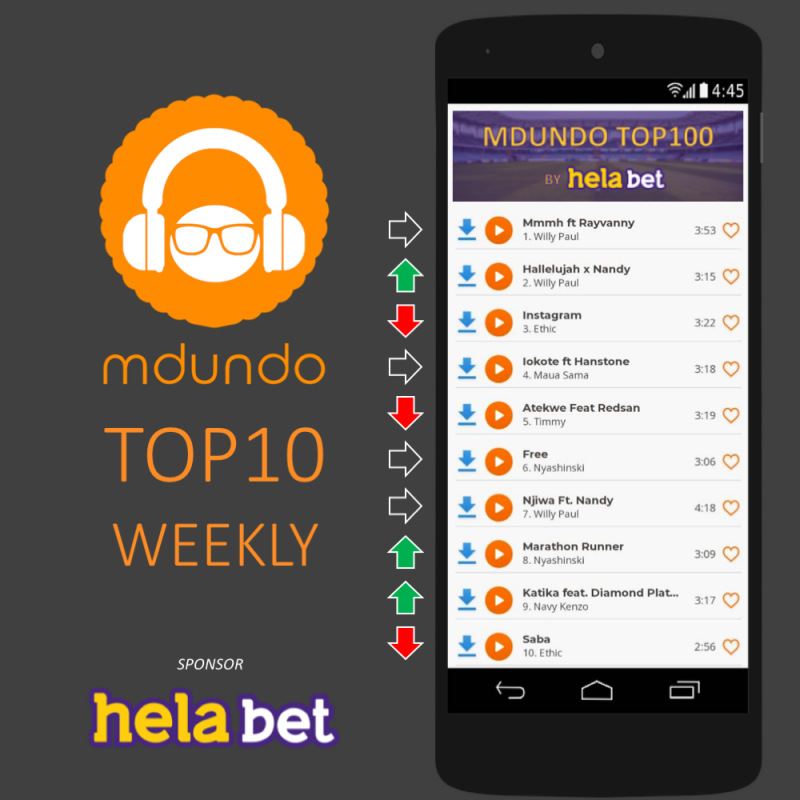 His latest release ‘Marathon Runner’ makes news again as every other of his releases have. This particular song shouting out Marathon Runners who best represent Kenya, finally made it to Mundo Top 10 weekly.

Nyashinski’s come back has probably been the most influential move in the Kenyan music industry the past three years. Introducing an interesting laid back style with authentic Kenyan signature that has managed to top every major genre in the country including top mainstream music that alternative music never gets to compete with.

This  now makes Nyashinski hold  2 positions on Mdundo Top 10 charts this week. ‘Free’ at position 6 and the new entry ‘Marathon Runner’ at position 8.

Willy Paul is also not at rest, his ‘Hallelujah’ featuring Nandy went up 3 positions to make him now the official holder of 2 top most positions on the Mdundo Charts.

Let the wheels keep rolling. Always  remember, whether an artist appears or does not on Mdundo charts solely relies on you the fan. Keep downloading your favourite songs.