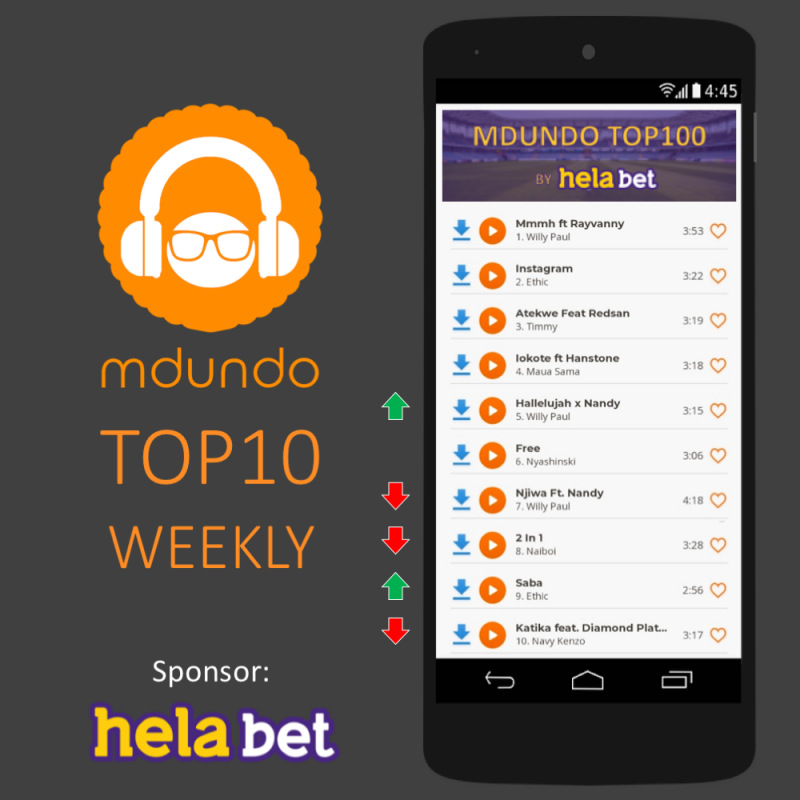 Willy Paul is proving to be quite the sensation. His latest release ‘Hallelujah’ featuring Tanzania’s luscious Nandy has broken through to Mdundo Top 10 Weekly to land at number 5. This officially makes him the first artist to have 3 songs topping Mdundo Top 10 charts all at a go. Mmmh ft. Rayvanny at pos.1 and Njiwa ft. Nandy again at pos. 7. Whatever voodoo he is using, well, it’s working.

The versatility is also amusing. Ethic’s ‘Saba’ from back in September, 2018 has made a major shift into pos. 8 on the Mdundo Charts. Second to Willy Paul,  they currently have two songs up on Mdundo Top 10 Weekly; having ‘Instagram’ at pos. 2 for two weeks straight now. Each of their songs have at one point or the other been on Top Charts consistently and we need to know what the secret is. Some of us might need it for our finances.

We at Mdundo always stan artists who give it their all. Congratulations Willy Paul and ETHIC. Keep downloading your favourite music on Mdundo and your person might just make it to the charts.