Mr. Eazi and Ethic Collabo on Lollipop,Lies and World Unity 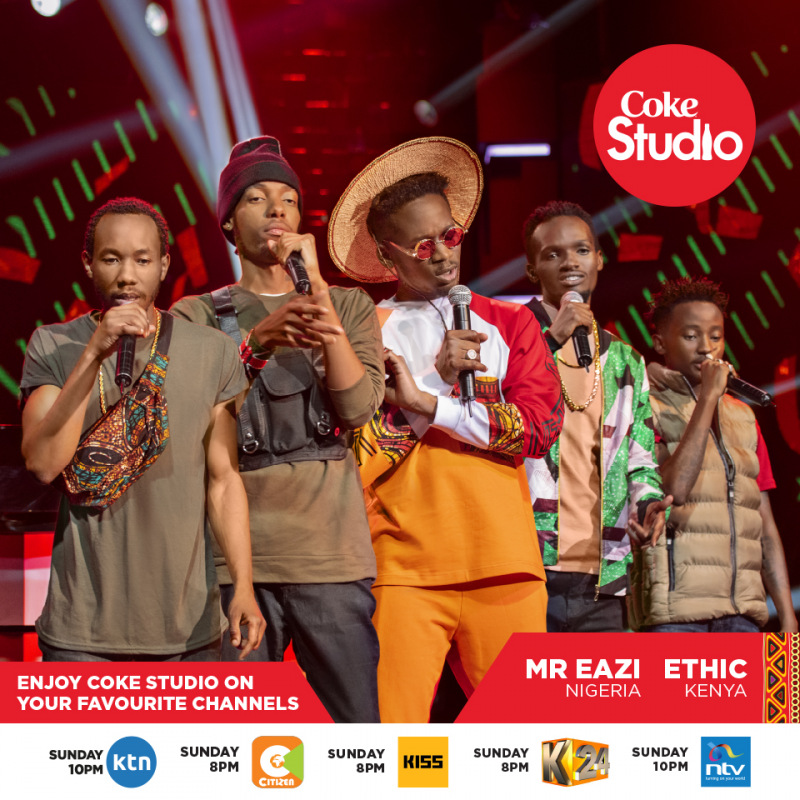 Coke StudioAfrica 2019, Episode 4 saw Nigerian superstar Mr Eazi and Kenya’s Ethic crew mash up Ethic's “Lamba Lolo” with Mr Eazi's “Keys To The City”  in what can only be described as magnificence.

Mr. Eazi stepped out his usual arena sharing studio time with huge names as Major Lazer French Montana, 2 Baba and Burna Boy to work with Kenya’s now most influential upcoming crew Ethic. His thought on working with the youngings was simple, ‘It made sense to work together, I just wanted to get together and make a feel good track.’

First up on the conversation upon meeting was the amusement that Mr. Eazi’s ‘Key To the City’ casually contained the phrase ‘Lamba Lolo’ and had been released way later after Ethic’s actual ‘Lamba Lolo.’ It was surprising for everyone as it was to them that it was -purely coincidental and that he had never before known of a song that existed called ‘Lamba Lolo.’

What would have been fodder for beef between musicians any other day at any other time;  song similarity at this point, was the first thing to create chemistry between Ethic and Mr. Eazi.

Ethic’s track was one of the biggest songs in Kenya in 2018. The song contains phrases like ‘Piga magoti, fungua mdomo (Kneel down and open your mouth)’ and such has been diversely interpreted by different people, some labeling the song perverted. Group member Seska however clears the air saying, ‘People’s imagination can be wild and the song is open for anyone to interpret it as they deem fit. Most people however have  just interpreted the song completely wrong.’

Mr. Eazi’s however lacks the double speak and he explains, in Kenya he was told Lamba Lolo means to lick a lolipop and in Lagos Nigeria when one says ‘Oh, this guy gives me lamba.’ It simply means ‘This guy is lying.’ Common factor, both involve the tongue though, Lol!

‘Same words, different meanings. It’s part of the beauty of making music.In your mind you mean one thing, but someone else hears it and interprets it in a different way…” Mr. Eazi sternly appreciates this factor.

‘Our favourite moment on Coke Studio Africa was teaching him the Swahili lyrics and meanings’ Said Ethic’s Reckless of their time together. Even though Mr Eazi described singing in a new language as “tricky” his new found friends thought he was excellent enough to pass as an East African.

‘Please! This guy is a Kenyan,’ joked Seska, ‘Please Mr Eazi come back home to Kenya!’ A statement that delighted Mr Eazi who was extremely fulfilled by the whole Coke Studio Africa experience.

“We ended up bringing our worlds, energies and languages together, I am very big on unity and the belief that we can achieve it with music, this project just convinces me of my resolve that at the end we are all one.” says Mr. Eazi.

Listen to Mr. Eazi and Ethic on Mdundo