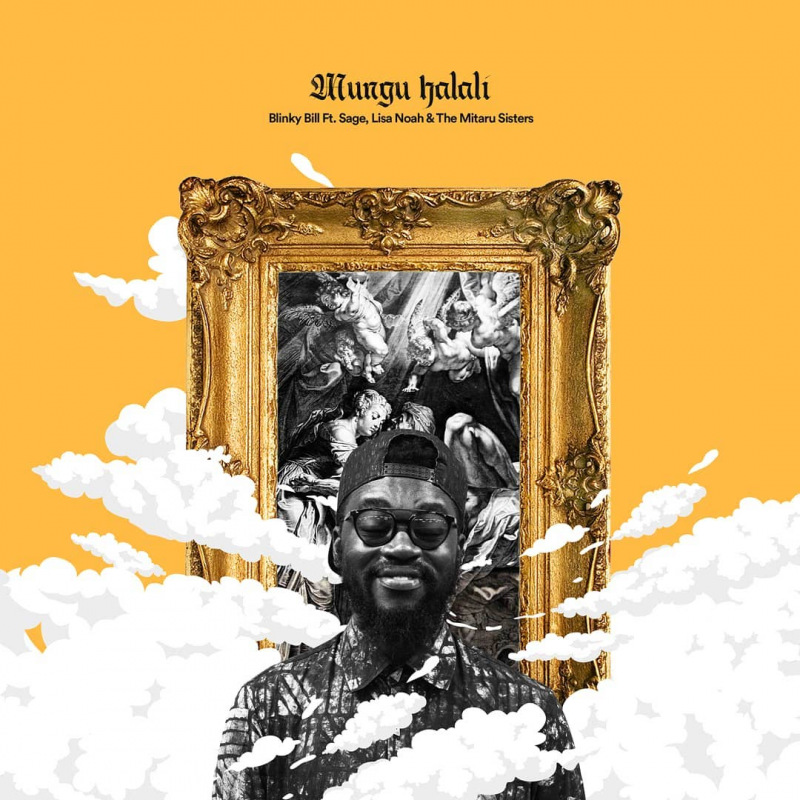 Super talented Kenyan singer, producer and multi-instrumentalist Blinky Bill has released “Mungu Halali”—new single and music video, off his highly rated self-produced 2018 international debut album Everyone is Winging it and Other Fly Tales. The gospel themed “Mungu Halali” is the perfect soul lifter and a declaration of gratitude. Blinky says, “If you’re going through a hard time or have been over the past, this is your song of encouragement. I felt like I wanted to do something like that.”

From the cool soulful fuse of groove, jazz and funk to marshaling Sage, Sarah Mitaru, Wambura Mitaru and Lisa Oduor Noah—his friends in music and Kenya’s top power vocalists; this is Blinky at his best.

Speaking ahead of the release on how personal this is, Blinky says, “A lot of things in my life inspired “Mungu Halali”. Like the times when you feel you are not really going to make it and then somehow it happen that you pull through. It’s a song of thanksgiving. I have just seen the hand of the good Lord in my life even when I thought that I didn’t deserve that shot.” He adds that the song was partly inspired by his mother. “She is the most prayerful person of our family and that reminds us to be thankful, grateful and spread the joy and be a light in this world everyday.”

With scenes switching between the streets to Blinky’s normal chill zone, always surrounded by vinyl records; the music video captures the heart and soul of Nairobi’s diversity—from religion, family, hustle to legend and more. Leonard Mambo Mbotela, the legendary Kenyan veteran media guru, of the ‘Je huu ni ungwana?’ popular old school show opens the video, with Mbithi and Dan Muli of Just A Band—Blinky’s former electronic and funk band, closing off in a nostalgic twist. The video also features Blinky’s parents and an artsy lot of Nairobians like Patricia Kihoro, Lyra Aoko and Wanja Wohoro.

On producing “Mungu Halali”, Blinky describes his soulful collaborators as “Some of the best singers in Kenya,” adding, “I wanted to get the contrast between the song’s up tempo, my voice and their voices, and they came through.” The masterpiece follows the success of Blinky’s new album releases: “No Touch Am” featuring Nneka, “Don’t Worry” and “Showdown” featuring MVROE and Kiwango.

Having released his first international album and getting signed to French label, The Garden, 2018 was trailblazing for Blinky. His successful streak also saw him tour USA and a couple of European culture spots like London, France and Germany, among others. He also headlined at Blanket & Wine Festival at 10 Years and his own concert “Blinky Bill Live 3”—which saw him officially launch Everyone is Winging it and Other Fly Tales to a Kenyan audience and Day 1 Blinky Fans.