How Diamond Platnumz showed love to his fans in Thika 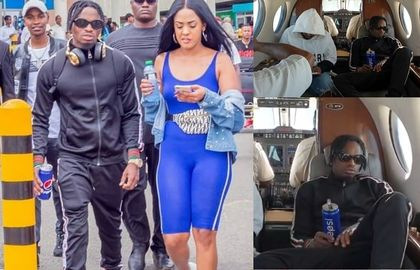 His Kenyan girlfriend Tanasha Donna was among those who received the artist at the airport.

Donna, who was featured in Ali Kaliba’s ‘Nagharimia’ video is the ex to Kenyan actor Nick Mutuma.

Diamond later gave an electrifying performance at the Thika Stadium during the launch of Game Tosha, a new betting company.

The bongo star and gospel artist Bahati were the event’s main hosts.

Diamond, who hit the stage at 1am, didn’t shy away from showing love to his fans by engaging them during his performance.