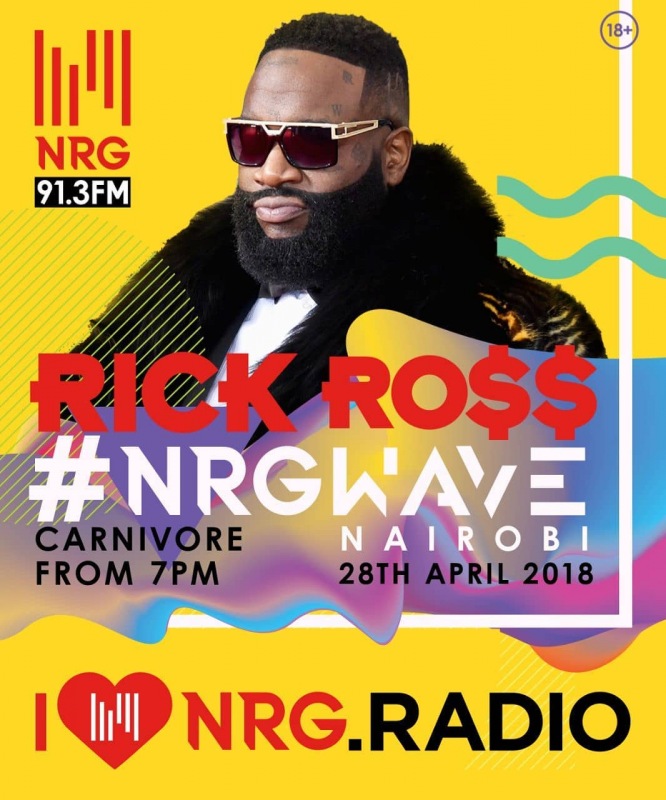 American rapper Rick Ross is set to perform in Kenya this April.

Heads Up has learnt that the deal was brokered by Wasafi Manager Babu Tale who has a good relationship with Rick Ross’ management.

It has also been revealed that the show is organised by Flame 101 Company and will be held at Carnivore.

Diamond will also be performing at the event. Further, Kenyan hip-hop artistes will also share the stage with Rick Ross.

Comedian Jalang’o posted a photo of Rick Ross and captioned it, “Are you ready? Fair enough right? 2018 we are going hard! #RozeeInNairobi.”

When contacted by Heads Up, he said, “I cannot reveal any details of the show, all in due time.”