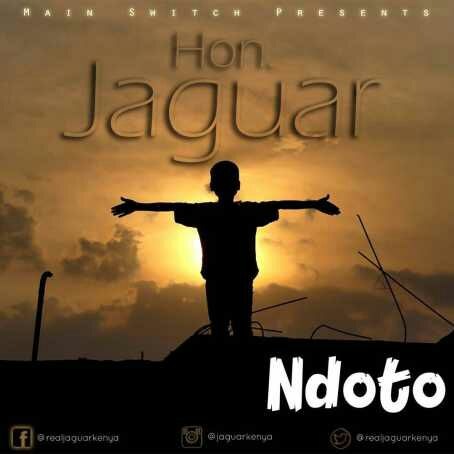 Kenyan singer Charles Njagua Kanyi popularly known as Jaguar, who was recently elected as the Member of Parliament for Starehe Constituency has announced that he'll be releasing his new song today, a day after he took an oath of office as an MP.

"New Song Aler #Ndoto It's now close to a decade since I first set foot into a recording studio. I thank God for this gift that has over the years been an inspiration to millions of listeners in my country and beyond.I thank all those who've walked with me through my musical journey; My overwhelming fans, fellow musicians, producers, deejays, presenters, promoters, corporates. To assure you I will not quit on music. As I take oath of office to serve Starehe Constituents, I will also be releasing a new single tomorrow for my East African fans and the Diaspora, song titled #Ndoto Produced by @mainswitchgroup", he wrote on Instagram.