KENYA: Decimal Records To Launch Officially And Unveil New Artists This May 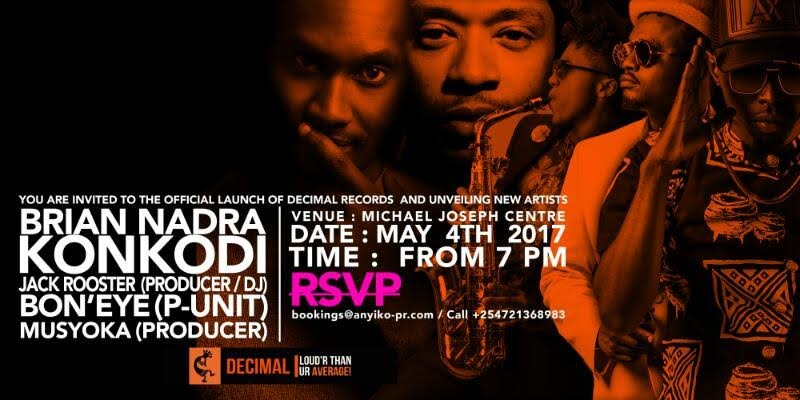 Decimal Records is set to officially launch this 4th of May. Headed by the record's executives; artist Bon'Eye and the legendary producer Musyoka, Decimal Record Label will also unveiling their new artistes: Brian Nadra, Konkodi and Jack Rooster. The launch will be going down at The Michael Joseph Centre and it's set to be the most memorable Record Label Launch in Kenya.

Here are the profiles for all the artists affiliated with Decimal Records:

Bon'eye also known by the moniker Bogibenda is one of Kenya's most respected rappers and celebrated as one of the founders and members of the highly successful and inuential Kenyan rap group P-UNIT. Bon'eye's professional musical journey began in 2006. A year later, he formed P-UNIT together with Frasha and Gabu. The musical outt went out to become one of the most recognizable musical brands in East Africa and one of Africa's top groups, known to deliver bangers. 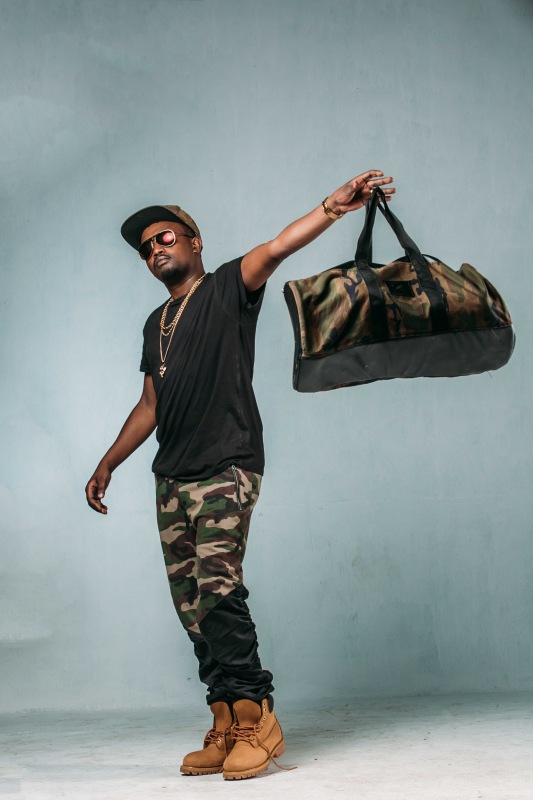 Bon'eye's professional musical journey began in 2006. A year later, he formed P-UNIT together with Frasha and Gabu. The musical outt went out to become one of the most recognizable musical brands in East Africa and one of Africa's top groups, known to deliver bangers. In 2016, Bon'eye took a break from recording and live performances to concentrate on his family and refresh and 2017 came knocking with new vibes and partnerships with Decimal Records relaunching.

Brian Nadra is a Kenyan urban pop and R&B singer and songwriter signed to Decimal Records. He got his break in the Kenyan music scene in 2017 with the release of his smash hit singles “Leo” and “Matwana” produced by Musyoka. Achieving musical success very early in his career, his track “Leo” achieved constant success upon release making it to Top 5 countdown on BBC Radio 1Xtra Destination Africa Show alongside African heavyweights such as Davido, Ycee, Sarkodie and AKA. He describes his music as “an urban sound from a smartphone era centred around a millennial culture.” 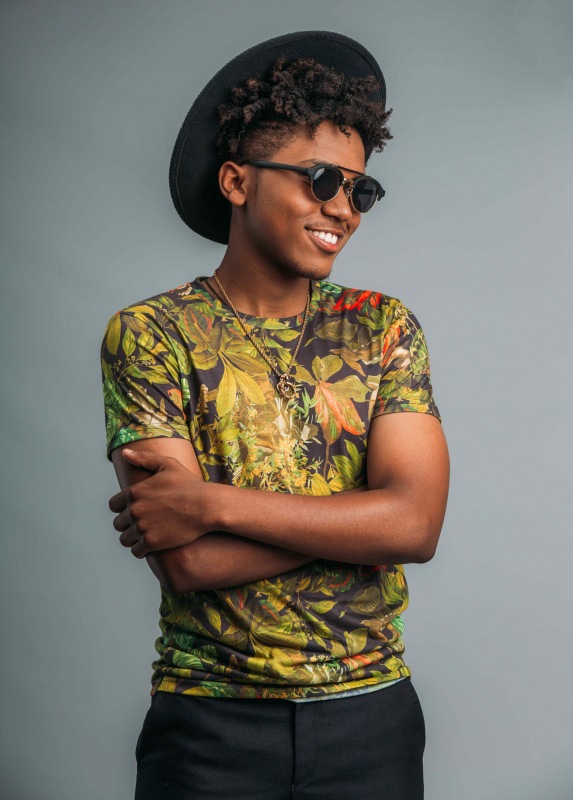 Brian Nadra began writing songs at the age of 10. By January 2017, he released his debut single "Leo” at Decimal Records. The catchy club banger resonated well with music fans propelling Brian to instant stardom. Under the management of Eric Musyoka, Brian released his rst ofcial commercial project “Matwana” in February, 2017 which further cemented his presence in the music scene. Growing up, he was inspired by the likes of Awilo Longomba, Ko Olomide, Eric Wainaina, Daudi Kabaka, Bruno Mars, Chris Brown and Fela Kuti who have played a great role in Brian's current sound and lyrical prowess.

Decimal Records musician Konkodi is a Kenyan hip-hop artiste known for his hit song “Timeless”. With a music career spanning over seven years, Konkodi has carved a name for himself in the Kenyan entertainment industry as one of the most respected hip-hop artistes in Kenya. After a short break from the music scene, Konkodi came back in the industry this year with his new signing to Decimal Records and the release of “Appetite,” a collaboration with fellow label mate Bon'eye, Tanzanian hip hop legend Joh Makini and the Grammy-award winning trumpeter Awuor Arunga. 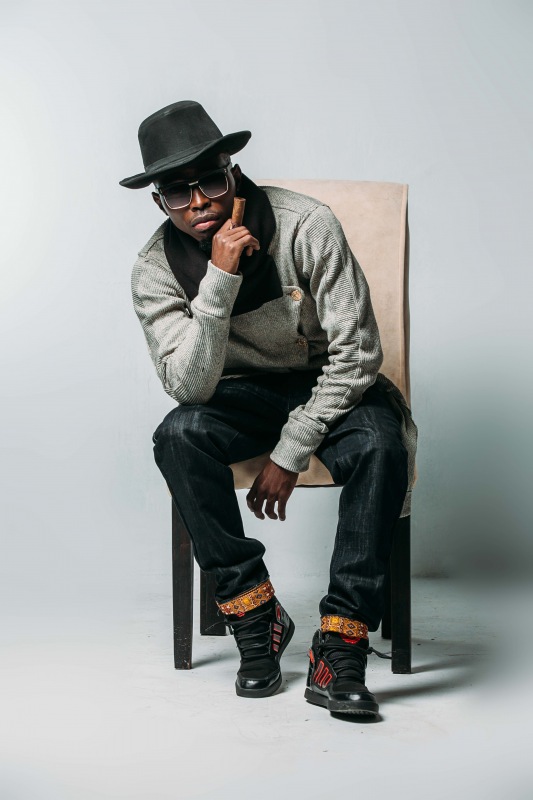 Konkodi's music is inuenced by the likes of Juliani and P-Unit. He writes feel-good music – what he terms as “that real hip-hop” that easily gets to the masses. While his charisma spills out into his recordings, Konkodi's stage personaand performance is known to be intoxicatingly exhilarating.

Jack Rooster is a Kenyan DJ, Producer and Radio Personality whose performances are more than just entertainment; they are stirring experiences that place the audience front and center. Now studying Music and Sound Engineering at one of the leading Liberal Arts Universities in Africa, Jack Rooster’s vision is to fuse an authentic Kenyan identity with the internationally recognized House groove to create a sound that will take Kenyan music to the World. 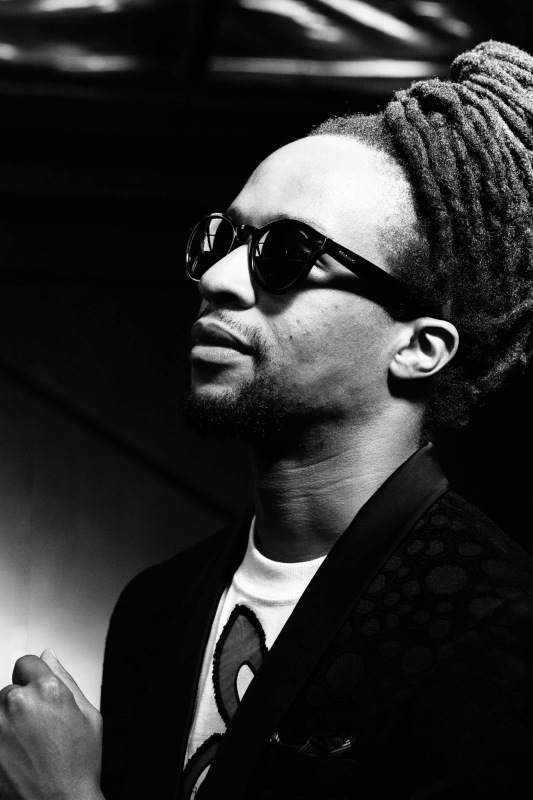 He is currently working with top Kenyan producers like Eric Musyoka, Tim Rimbui and Kevin Provoke toward this end. With critically-acclaimed performances, his own radio show, podcast and forthcoming sound productions