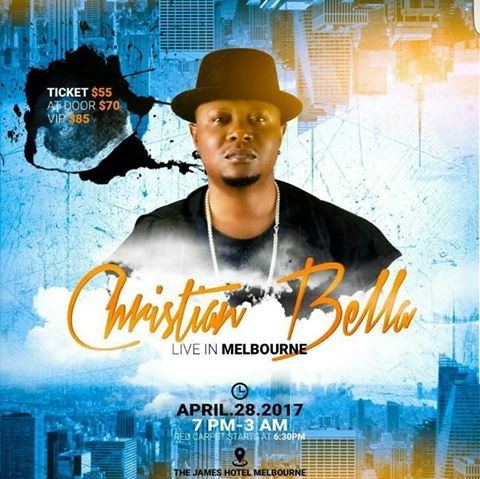 The king of best melodies Christian Bella this weekend will be performing in four shows in four different towns in Australia. Bella said the shows will be an opener for his music market in Australia. "For now I’m in Australia for preparations of my tour because I will be having four shows, so preparations were necessary", said Bella. "As we do shows outside, it’s not about money, is about expanding music market, so for me, this is a promotion".

The "Ollah" hitmaker, will be performing in Sydney on 21 April, Perth on 22 April, Melbourne on 28 April and Brisbone 29th April. We wish him all the best.