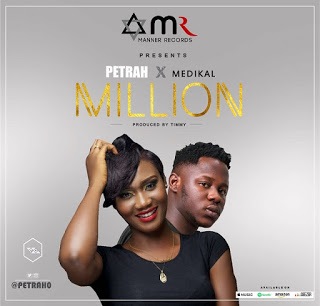 Ghanaian budding RnB singer, Petrah is a young lady in her 20s, influenced by Whitney Houston thus giving her high hopes of becoming a great musician.

Signed to Manner Records, Petrah made her musical breakthrough with her romantic masterpiece and debut single “My Man” that launched her successful musical career and she never looked back ever since. 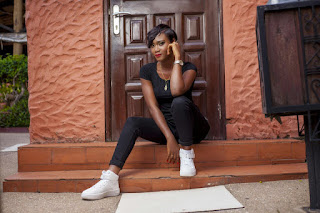 One of her notable works being her hit single “Baby” that featured Marvin Records and Nigerian star Reekado Banks and she has ever since rose to greater heights and even bagged herself a nomination at MTN 4syte Music Video Awards.

Making a new year’s return, the Manner Records signee has a new music video out that fans are so much loving- dubbed “Million” and she is not talking about money, this song is for lovers.

Produced by Timmy “Million” also features an award winning Ghanaian rapper Medikal as the two express passionate love to each other and the results are so amazing to hear.

Petrah’s soft and soothing voice will stir your imagination as it collides with the “I’m Okay” and ”Akosua” hitmaker, Medikal  who’s known for his lyrical dexterity.

“I think as Ghanaians we follow trends and do what everyone is doing, my dream is to take the Ghanaian music to the world and not just among us and within the country, There are many challenges that not just me as a new artist face but I think other upcoming artists do but with hardwork and good planning they can be overcome” She states.

Accompanied with a high quality visuals shot outdoors in a serene calm scene perfectly depicting the love theme and was directed by Salifu Abdul Hafiz for DC Films.

Being the month of love this is the perfect music to dedicate to that loved one, the one in a million, let them know you want them by your side and with them you will be alright.