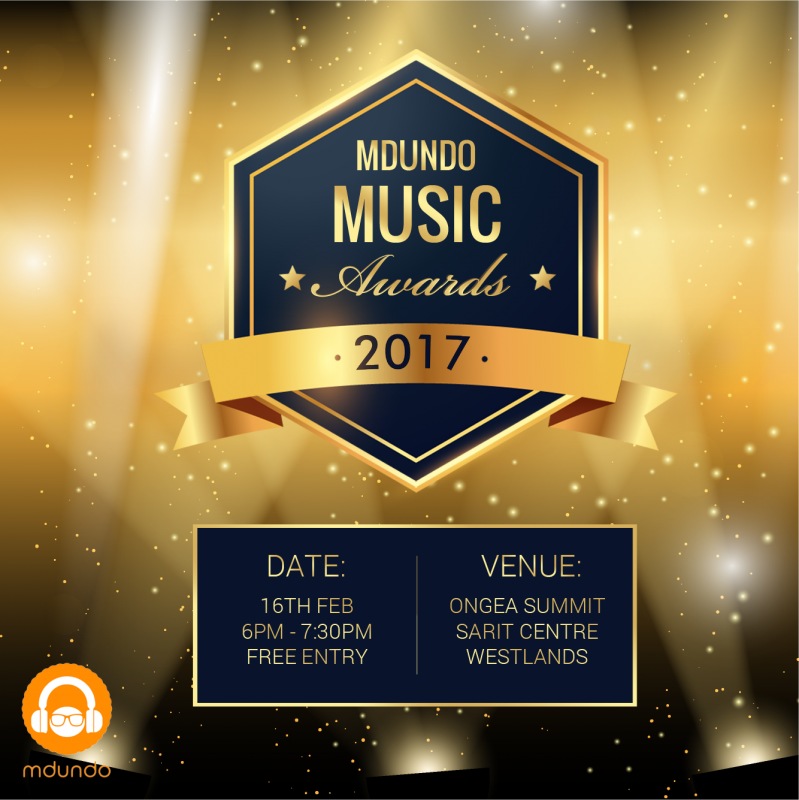 Nairobi, February 2017: Africa’s leading music service - Mdundo, has partnered with the biggest Music Summit in Eastern Africa - ONGEA! 2017, to reward the most downloaded Kenyan music of 2016.

The Award Ceremony will take place at the Official Opening of ONGEA! 2017 - The 2nd Eastern African Music Summit, at Sarit Centre Expo Hall in Westlands - Nairobi, on this Thursday 16th February.

This will be the 3rd Mdundo Award in history. The Awards are selected based on the number of Downloads on the Mdundo Platform, Shyqo Koinange - Head of Music at Mdundo, explains, “The philosophy behind our Awards is to acknowledge Musicians based on the real Consumption of their Music, instead of a panel or a voting process, which is often practiced. We are very happy to be Hosted by ONGEA! this year”.

This year’s Mdundo Awards will have 7 Categories and the Nominees are set to be Announced before Saturday 11th February:

Mike Strano, the Founding Director of the Event’s owner - PHAT! Music & Entertainment, says, “The Mission of ONGEA! is to help Develop a Music Industry in Eastern Africa that is Professional, Transparent and Profitable for All; so the Mdundo Awards resonate well with that Objective. We are very excited to Acknowledge the hard working Musicians who have been Nominated for these Awards”.

ONGEA! was born out of KENYA MUSIC WEEK, which ran every December for 10 Years, from 2004 to 2013. Since KENYA MUSIC WEEK had achieved its Objectives for the Kenya Music Industry, the Scope was Broadened to the Eastern Africa region, however, the three Pillars still remain: Trade, Learn and Showcase. The successful Debut of ONGEA! - The Eastern Africa Music Summit was in January 2016.

There is also daily Open Mic (12.00pm-2.00pm) with a two (2) Scholarships to Sauti Academy up for Grabs; as well as a Recording Studio where Visitors can Record a Demo for Free.